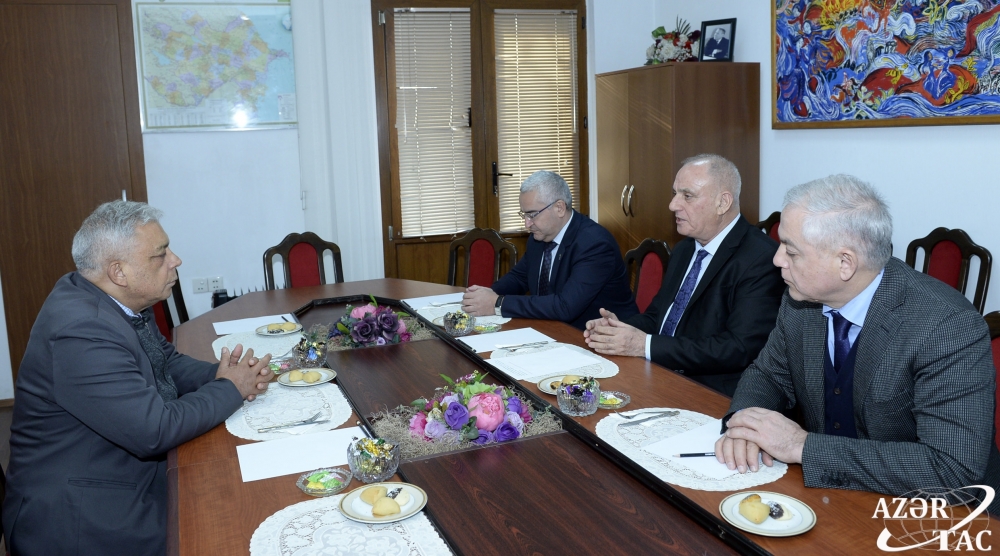 “During my stay in Azerbaijan, I have accumulated substantive information about the parliamentary elections, as well as the realities of your beautiful country. All this made positive impressions on me. Based on the facts and observations accumulated here, I will prepare a report and introduce it to Brazilian readers,” said journalist of the Agência Brasil Jose Romildo de Oliveira Lima as he met with AZERTAC Chairman of Board Aslan Aslanov.

Azerbaijani Ambassador to Brazil Elkhan Polukhov was also present at the meeting.

The meeting highlighted the steps taken towards the development of democracy in Azerbaijan, the freedom of speech and press, comprehensive reforms implemented in the country. The sides also exchanged views on current media development trends.

The importance of cooperation between the Azerbaijani and Brazilian media was pointed out.

Jose Jose Romildo de Oliveira Lima highlighted the activity of Agência Brasil, which is the major news agency of Brazil. The agency is one of the key sources of information providing news to the Brazilian media. Given the importance of exchange of information in the modern world, the need to establish cooperation with Agência Brasil and AZERTAC was emphasized. The future partnership between the two leading news agencies was described as a great contribution to the expansion of relations between the two countries.

Chairman of Board Aslan Aslanov highlighted AZERTAC`s history. He pointed out that the agency chaired the News Agencies World Congress (NAWC) and the Organization of Asia-Pacific News Agencies (OANA) in 2016-2019. The chairman noted that AZERTAC was currently a member of the News Agencies World Council (NACO), which brings together such influential agencies as the Associated Press (USA), Reuters, Press Association (UK), DPA (Germany), EFE (Spain). Aslan Aslanov said that the agency was also vice-president of OANA, bringing together 43 leading news agencies from 35 countries.