Bulgaria to receive Azerbaijani gas in 2020 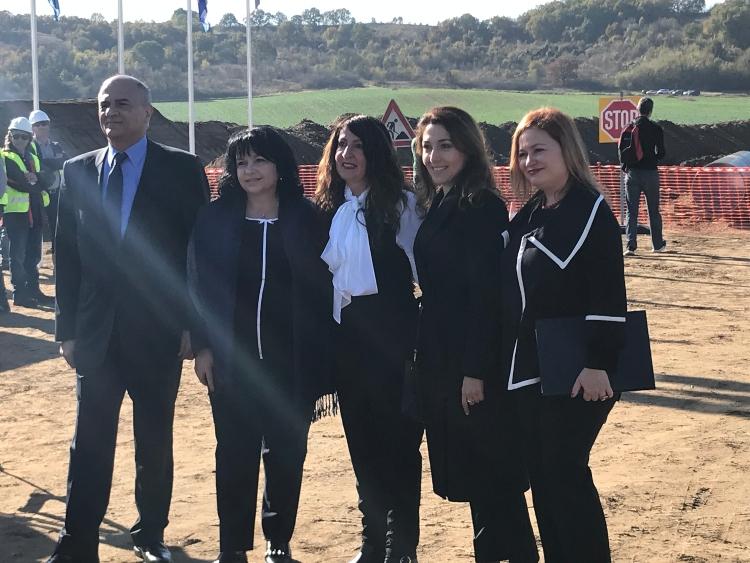 Interconnector Greece-Bulgaria will deliver Azerbaijani gas to the European markets starting from 2020.

Bulgaria expects early completion of the construction of the Interconnector Greece-Bulgaria (IGB) and expects Azerbaijani gas to reach the country in 2020, Bulgarian Prime Minister Boyko Borisov said on November 11.

Borisov, along with the ambassadors of the USA, Azerbaijan and Greece to Bulgaria and executive director of ICGB project company Teodora Georgieva, inspected the construction of the IGB gas pipeline.

“No later than next year, Bulgaria will be able to receive liquefied gas from the USA, Qatar, Cyprus, Egypt, as well as natural gas from Azerbaijan. Next year we will be able to tell the Bulgarians – you have no dependence, and you can get gas from anywhere,” the press service of the government quoted the Prime Minister as saying.

Borisov emphasized that the foundation of a gas infrastructure will enable Bulgaria to achieve a real diversification of gas supplies. He specified that the Balkan gas hub and the gas exchanges will provide Bulgaria with cheaper gas as there will be competition.

Azerbaijani Ambassador to Bulgaria Nargiz Gurbanova mentioned that Azerbaijan is pleased to support Bulgaria in diversification of its energy supplies.

“We have mobilized all forces for the construction of the pipeline between Bulgaria and Greece and we are thankful for the constant support of the governments of the two countries and the European Commission. The IGB project will be the game-changer in the region’s energy map,” Director of ICGB project company Teodora Georgieva underlined.

In turn, US ambassador to Bulgaria Herro Mustafa said: “Now we look forward to seeing rapid progress on this project.  We also welcome the Bulgarian government’s intention to support – via an ownership stake and capacity booking – the Alexandroupolis Floating Storage and Regasification Unit – which will magnify the power of the IGB to turn Bulgaria into a truly dynamic gas hub.”

IGB is one of the seven priority projects to ensure the security and competitiveness of the energy market in the European Union. The project plays a key role in terms of diversifying gas sources and gas supplies to Bulgaria and Southeastern Europe. Through IGB, Bulgaria will receive Azerbaijani natural gas from the Trans-Adriatic Pipeline (TAP), and through the connecting link Bulgaria will also be able to receive liquefied gas through the LNG terminal in Alexandroupolis from the USA, Qatar, Algeria, Israel, Egypt and other countries.

The length of the gas pipeline, stretching from the Greek city of Komotini to the Bulgarian city of Stara Zagora, is 182 km, of which 150 km are located on the territory of Bulgaria and 31 km of Greece. Its technical capacity is from 3 to 5 billion cubic meters. The total project cost is $242 million.

It should be pointed that, the agreement between Bulgargaz and SOCAR for the supply of 1 billion cubic meters of gas of Azerbaijani Shah-Deniz field 2 gas and condensate field per year will be realized from 2020. This figure corresponds to roughly one-third of Bulgaria’s needs.

The construction of IGB started on May 22, 2019 in Bulgarian village Kirkovo.