Bus with Azerbaijani citizens turns over in Russia’s Stavropol 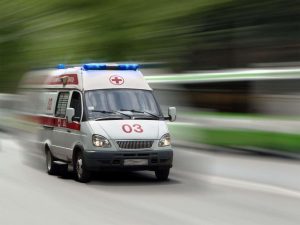 A minibus with Azerbaijani citizens turned over in Russia’s Stavropol region, six people were injured, Trend reports referring to the Ministry of Emergency Situations of the region.

“The information was obtained at 10:45 (GMT+3),” the ministry said. “According to the information, a Mercedes minibus transporting Azerbaijani citizens and running along the Azerbaijan-Moscow route overturned at the distance of one kilometer from the Levokum village. There were 13 people in the minibus.”

“According to the preliminary information, six people were injured. The injured were taken to the hospital of the Levokum district. There was no ignition, the road was not blocked,” the ministry added.