Buta Airways to launch direct flights to Astrakhan starting from May 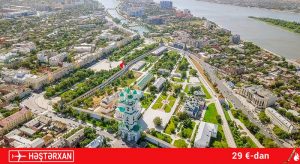 Starting from May 16, 2019, the low-cost airline Buta Airways will launch direct flights to another Russian city -Astrakhan.

Astrakhan will be the fifth destination of the low-cost airline in Russia. The airline is already operating regular flights from Baku to Moscow, St. Petersburg, Kazan and Mineralnye Vody.

The minimum fare for Baku-Astrakhan flight (IATA:ASF) like for other destinations of the Airline, will cost 29 euros (one way). Flights will be carried out twice a week – on Mondays and Thursdays.