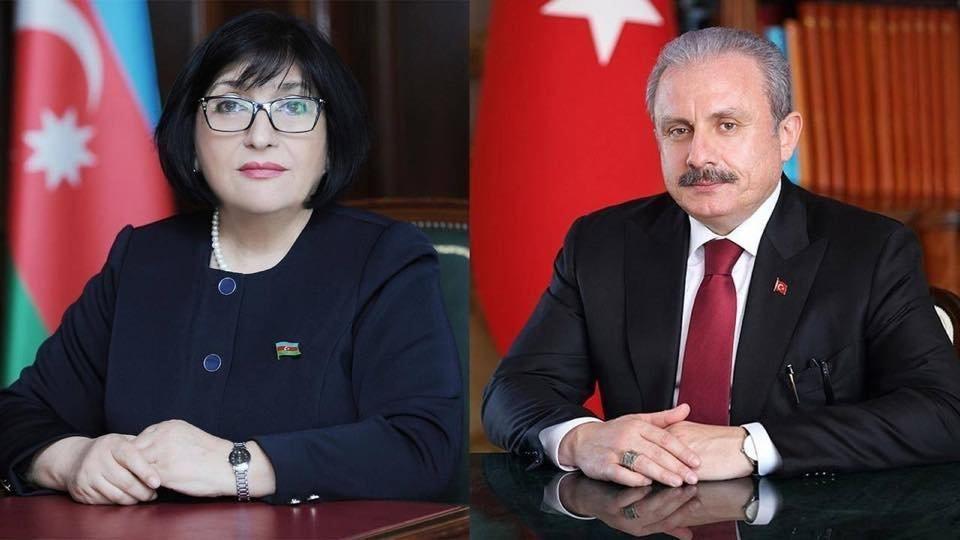 Chairperson of the Azerbaijani Parliament Sahiba Gafarova had a telephone conversation with Chairman of the Grand National Assembly of Turkey Mustafa Sentop at Gafarova’s initiative, Trend reports referring to the Press and PR Department of the Azerbaijani parliament.

The speakers of the fraternal countries jointly deplored the statement by US President Joseph Biden regarding recognition of the so-called ‘Armenian genocide’.

Gafarova described that statement as a historical mistake, an unacceptable move liable to dash the recently emerging hopes of peace and comprehensive co-operation amongst the countries of the region.

Politicizing of history is an extremely hazardous trend, Gafarova remarked before emphasizing that Azerbaijan was invariably supportive of fraternal Turkey.

Sentop thanked Gafarova for her stance and support. The step taken by the US Administration is a grave mistake which Sentop said he hoped would be corrected soon.

Towards the end of their conversation the speakers exchanged opinions about the current cooperation and interparliamentary relations between Azerbaijan and Turkey.

US President Joseph Biden called the events of 1915 in the Ottoman Empire “genocide” in his statement of Apr. 24.

Armenia and the Armenian lobby claim that Turkey’s predecessor, the Ottoman Empire, allegedly carried out so-called “genocide” against the Armenians living in Anatolia in 1915.

Turkish President Recep Tayyip Erdogan stated previously that there was no genocide against Armenians in the history of Turkey and the events of 1915 need investigation.

Turkey called on Armenia to open the archives of 1915 and create a joint commission to investigate the events. But Armenia has not yet responded to Turkey’s proposal.