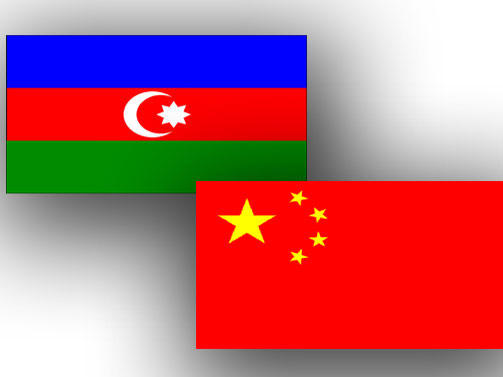 China and Azerbaijan are linked by the bonds of traditional friendship and cooperation, Azerbaijani MP, member of the Azerbaijan-China Working Group on Interparliamentary Relations Aydin Huseynov told Trend on June 3.

The MP stressed that a trade mission operates at the Azerbaijani embassy in China, Azerbaijani trading houses operate in Luzhou, Lianyuan and Qingdao while three wine houses of Azerbaijan operate in Urumqi and Shanghai.

“The trade turnover between Azerbaijan and China has greatly grown recently,” Huseynov said. “The dynamics of export and import has greatly increased over the past five years.”

“Azerbaijan’s export of goods to China is growing annually,” Huseynov said. “At present, Azerbaijan is exporting goods worth more than $780 million to China. Azerbaijan’s share is 45 percent in the volume of trade between China and the South Caucasian countries. Chinese companies have invested over $900 million in Azerbaijan.”

“There are about 120 companies with Chinese investments in Azerbaijan,” the MP said. “Azerbaijan’s investments in the Chinese economy amount to $1.7 billion. China issued a loan worth $600 million to finance the TANAP gas project.”

“Azerbaijan was one of the first countries which supported the global project of the One Belt, One Road transport corridor, initiated by the Chinese side,” Huseynov said. “A Memorandum of Understanding was signed to jointly encourage the creation of the Silk Road Economic Belt in 2015 during the official visit of the president of Azerbaijan to China.”

Huseynov stressed that the Baku-Tbilisi-Kars railway and the Baku International Sea Trade Port, initiated by Azerbaijan, have an important place as part of the Silk Road Economic Belt and these transport routes are the shortest route for the supply of goods from China to Europe and from Europe to China.

“The first container train from China crossed the territory near the Caspian Sea and arrived in Azerbaijan in 2015,” the MP said. “The cargoes have been transported via the Baku-Tbilisi-Kars railway since 2018.”

“During a telephone conversation between President of Azerbaijan Ilham Aliyev and President of the People’s Republic of China Xi Jinping on June 2, 2021, the important issues on expanding fruitful cooperation were discussed,” Huseynov said.

“The Azerbaijan-China relations are based on true, sincere friendship and close partnership,” the MP added. “During the COVID-19 pandemic, Azerbaijan and China, demonstrating true friendship, overcame difficulties and supported each other.”

“One of the first countries to which China supplied its vaccine was Azerbaijan,” Huseynov said. “Currently, both countries are expanding their activity within the development of the “One Belt, One Road” project.”