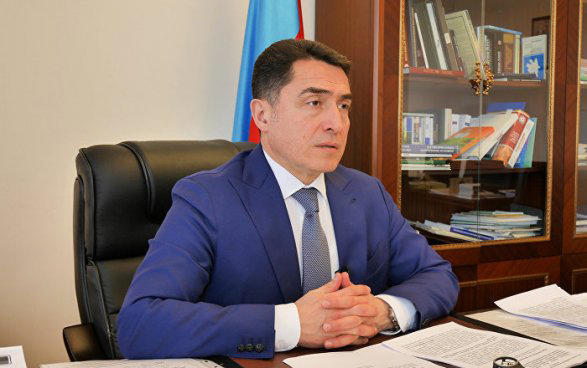 The construction and use of Khudaferin and Giz Galasi hydro- junctions and hydropower plants are regulated on top level, and in this regard the Azerbaijani and Iranian governments signed an international agreement, the First Vice-Speaker of Azerbaijan’s Parliament Ali Huseynli told Trend.

The official made the remark in response to recent publications in the local media on the issue of building the forenamed water facilities.

“This agreement has reaffirmed Azerbaijan’s territorial integrity in accordance with the requirements of the UN resolutions,” Huseynli stressed. “The agreement also prohibits delegating the protection and operation of these hydropower facilities on a temporary or permanent basis to individuals or legal entities of a third country.”

Touching upon the reasons for the construction of these facilities, and the impact of this issue on relations between Iran and Azerbaijan in the current geopolitical situation, the vice speaker said that the construction of hydropower facilities is not a new issue, and its roots go back to Soviet times.

“After occupation of a part of Azerbaijan’s territories by Armenia, cooperation between Azerbaijan and Iran in this direction was suspended. In the subsequent period, the construction of the above hydro-junctions and hydropower plants was carried out only by Iran,” Huseynli pointed out. “In February 2016, the Azerbaijan and Iranian governments signed an Agreement to continue the construction, operation, use of energy and water resources of the Khudaferin and Giz Galasy hydro-junctions and hydropower plants on the Araz River. This was achieved owing to the friendly relations between the two countries.”

According to him, the reason that the Agreement was highlighted by the media four years after the signing, apparently, is that the intensive work in this territory irritates Armenia and those who take hostile positions against Azerbaijan.

“On the other hand, reading the local publications on the issue, I can say that certain opinions on this topic are ignorant and lack professionalism,” he said. “The issue is quite clear and unambiguous. The agreement, signed in February 2016, is an international document that refers to the territorial integrity of Azerbaijan and recognizes it. This agreement is a document confirming the sovereign right and jurisdiction of Azerbaijan over the occupied territories.”

“Any opinions, statements, resolutions of international organizations, and in particular, agreements signed between the two states that affirm and accept the territorial integrity of Azerbaijan are a powerful blow to Armenia’s territorial claims against Azerbaijan,” added Huseynli.