Culture Ministry: Using mosque in Azerbaijan’s Zangilan as pigpen is insult to Muslims 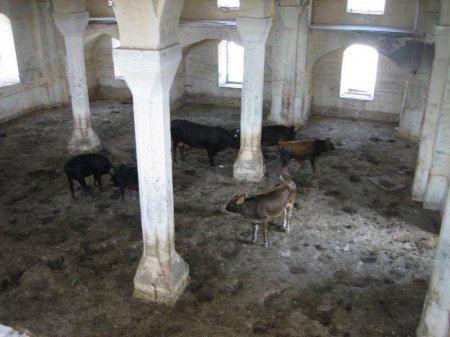 Azerbaijan has concrete facts about the misuse of its historical monuments in the occupied territories, First Deputy Minister of Culture, Acting Minister Anar Karimov said, Trend reports on Oct.28.

According to Karimov, the mosque in Zangilan city recently liberated from the Armenian occupation was used as a pigpen.

“Along with the fact’s being a violation of international law, it is also an insult to the Muslim world. It’s an act of vandalism. We hope that the international community will condemn such facts and take measures to stop this activity of Armenia,” he said.