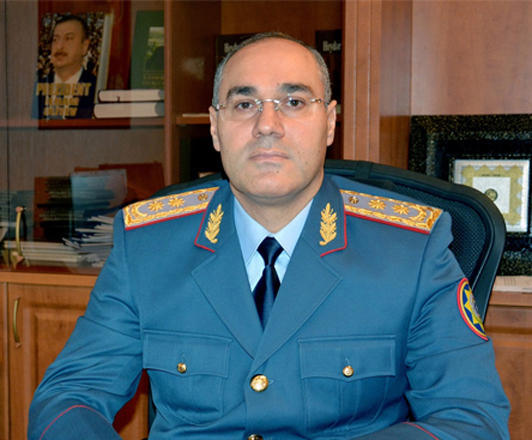 Infrastructure at border crossing points will be modernized in Azerbaijan in 2019 and measures will be taken to simplify cross-border trade, Safar Mehdiyev, chairman of the State Customs Committee of Azerbaijan, said in an interview with Trend.

Mehdiyev noted that also measures to minimize contacts between the official and the entrepreneur will be taken.

The chairman went on to say that the State Customs Committee of Azerbaijan will make all the necessary efforts and use the available opportunities to successfully solve pressing problems, improve the social status of the population and will contribute to the economic development of the country.

Mehdiyev noted that the customs committee is holding regular meetings between businessmen and learns their opinions and becomes acquainted with the proposals.

“The proposals of entrepreneurs are taken into account both in terms of transparency in relations between customs structures and business, protection of the rights of entrepreneurs, as well as in matters relating to the improvement of the legislative base, customs tariffs, and so on,” he said.

Implementation of Green Corridor system and acceleration of customs procedures

Mehdiyev noted that one of the objectives of the Green Corridor is the immediate release of goods and vehicles at the border in order to eliminate the density in the territories of customs checkpoints and create conditions for the timely transportation of goods across the border.

In total, until today, the head of the State Customs Committee added, 53 participants in foreign economic activity applied for permission to use the Green Corridor system and received it.

The head of the State Customs Committee stressed that the implementation of the Green Corridor system will be expanded for both import and export operations. Entrepreneurs will be able to carry out customs operations without the influence of the human factor.

He also said that from February 1, businessmen will be able to carry out export-import operations directly from their offices without the participation of customs officers.

The Chairman of the State Customs Committee noted that one inspector would be fully responsible for completing the cargo declaration operations, which would allow several inspectors to be involved in the process of customs clearance of several vehicles or declarations at the same time.

Mehdiyev added that observations and analyzes show that the implementation of these projects will significantly reduce the time spent on crossing and releasing goods and vehicles at customs borders.

He also spoke about the creation of trade facilitation centers. As Mehdiyev noted, these centers will create favorable conditions for the prompt release of goods and vehicles at the border.

“In these centers, the principle of the immediate release of goods and vehicles after their registration will be applied, which will create favorable conditions for carrying out, on the basis of the risk management system, the customs control of goods and vehicles that require verification. In addition, it should be added that when applying to participants of foreign trade operations, immediate customs clearance of goods and their release or unloading of goods will be carried out, which will allow vehicles to return back without losing time,” said Mehdiyev.

In general, as he said, these centers will help reduce the burden on other customs authorities and will be useful in terms of more efficient use of resources.

Also, it is planned to implement the project “electronic queue” in the customs checkpoints.

“The main goal of this project is to eliminate density at border crossing points, to ensure the conduct and timely processing of customs procedures,” said the chairman.

Among the priority plans of the State Customs Committee is the opening of new customs checkpoints meeting international standards, including the expansion and modernization of existing points, he added.

“In addition, it is planned to introduce a method of joint control at new customs checkpoints, which will be opened on the border of Azerbaijan and neighboring countries. This method will help simplify border procedures by eliminating repeated checks,” Mehdiyev said.

Mehdiyev noted that the State Customs Committee of Azerbaijan is studying the possibility of introducing blockchain technologies in its work.

In particular, the committee organizes international conferences to study the most advanced experience in the application of innovative technologies in the customs system, to identify and further develop academic research.

“We invite customs experts and specialists from the most important specialized universities and educational institutions to such conferences. These events allow studying international trends, analyzing and evaluating new approaches, including blockchain technology,” said the head of the SCC.

The use of blockchain technology in the customs field is being actively studied in the U.S., UK, Singapore, South Korea and Japan, Mehdiyev added.

The State Customs Committee of Azerbaijan regularly studies various technologies and innovative solutions and applies them during customs control and clearance in the framework of cooperation with other government agencies and the business community.

“It should be noted that one of the key principles of project management in any field, including customs, is the introduction of new technologies not in the form of “separate experiments”, but in an integrated way, in the format of specific innovative projects. From this point of view, the application of new technologies in the customs system should have specific goals and be consistent with the latest projects,” Mehdiyev said.

He went on to say that the use of the blockchain technology is now being tested by the private sector as part of trade and supply chain management, including in trade-related banking operations and logistics.

As for the advantages of the blockchain technology, as the head of the State Customs Committee noted, this is, first of all, optimization of costs and resources due to the distributed database and cryptographic solutions, as well as ensuring transparency.

Mehdiyev noted that the issue of introducing the blockchain in the customs sphere was also discussed in April 2017 at one of the sessions of the Permanent Technical Committee of the World Customs Organization.

“The session participants came to the conclusion that this technology has great prospects in the areas of electronic business management, risk management, information exchange between customs authorities, customs audit, and the fight against crime,” he concluded.

At the same time, the head of the State Customs Committee noted that one of the main tasks is to expand innovation to accelerate economic development, strengthen the role of creative industry in the modern economy and the impact of intellectual property on the information society, as well as protection of the cultural heritage of the Azerbaijani people.

At the same time, one of the goals of the committee is to simplify international trade and create a favorable business environment, for which it is planned to revise the legislative framework for authorized economic operators, to ensure the development of the institution of an authorized economic operator, to develop relations with persons who have received the status of coordinators of activity of foreign trade participants.

“I am convinced that the customs bodies of Azerbaijan will continue their successful activity, guided by the reforms of President Ilham Aliyev aimed at diversifying the economy, developing the non-oil sector and increasing the country’s export and transit potential,” the chairman said.

eTIR system to be used on East-West route

Mehdiyev also said that Azerbaijan, Kazakhstan, Georgia and Ukraine are working on launching the eTIR system (digitalization of document flow within international road traffic) on the East-West route.

He noted that simplifying transit cargo transportation, both on the East-West and North-South routes, is a priority for Azerbaijan.

Touching on customs digitization, the chairman also stressed the importance of the New Computerized Transit System (NCTS) in Europe, and added that work is currently underway to launch this system in Azerbaijan.

“Using this system, among other things, allows for bringing the number of documents used in transit cargo transportation to a minimum, speeding up risk assessment and analysis by means of electronic information exchange throughout the whole transit route,” Mehdiyev said.

At the same time, the chairman believes that the implementation of the NCTS system will create an additional opportunity for products under the “Made in Azerbaijan” brand to enter the European markets.

“This, first and foremost, means an increase in the transit opportunities of Azerbaijan on the East-West route.”

Mehdiyev stressed that the development of Azerbaijan’s transit potential is one of the priorities in the country’s economy.

“In this context, measures are being taken for the development of transit aimed at simplifying customs procedures and operations at border crossing points during international cargo transportation,” he added.

Mehdiyev touched upon a number of documents adopted recently for this purpose in Azerbaijan. In particular, in accordance with the decree of the President of Azerbaijan Ilham Aliyev “On additional measures to continue reforms in the customs system” from March 4, 2016, the customs authorities were instructed to increase the competitiveness and efficiency of transit corridors passing through the territory of Azerbaijan, attracting additional transit cargoes to these corridors, thereby reducing their delivery times, as well as optimizing procedures at border crossing points, by analyzing the risks that arise during international cargo transportation, minimize the number of documents and procedures necessary for customs clearance and implement other measures aimed at simplifying foreign trade operations.

At the same time, the Strategic Road Map for the Development of Logistics and Trade in Azerbaijan, approved by President of Azerbaijan Ilham Aliyev on December 6, 2016, identified a number of measures for turning the country into an important logistical and trade hub in the region.

“These measures include attracting transit cargo to transport corridors passing through the country’s territory, simplifying procedures at border crossing points, creating conditions for increasing the volume of trade operations through the territory of Azerbaijan,” said Mehdiyev.

The roadmap also accounts for the optimization of time and expenses for export-import operations and transit cargo transportation, which is necessary to increase the competitiveness of Azerbaijan in the East-West and North-South transport corridors, Mehdiyev added.

Presently, several routes from Asia to Europe go through Azerbaijan. Among such projects are “North-South”, which is designed to transport goods from India and the Gulf countries to Russia, Western Europe, the Baltic and Scandinavia.

In addition, the Baku-Tbilisi-Kars railway, a part of the East-West corridor built at the initiative of Azerbaijan, also allows for the supply of cargo to Europe. Another example is the “Lapis Lazuli” route, which runs from Afghanistan to Turkey and further to Europe.

Previous Azerbaijan cultivating fruit grown in only 4 countries
Next Rovnag Abdullayev: SOCAR’s revenues and budget payments have been steadily increasing 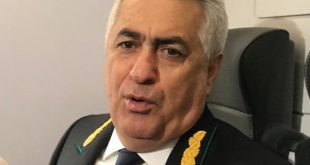 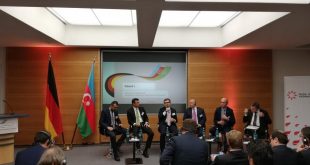