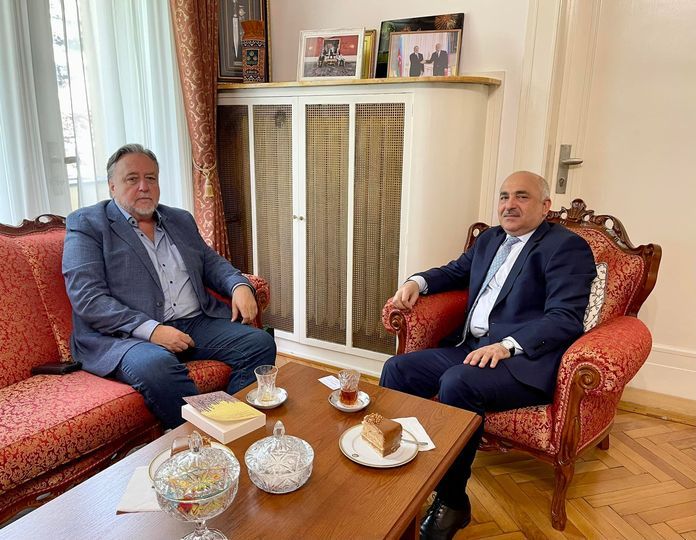 Milan Sedláček has been appointed as the new Ambassador of the Czech Republic to Azerbaijan, Azernews reports.

Sedláček will replace the outgoing Ambassador Milan Eckert, who has led the Czech diplomatic mission in Baku since October 2018.

In Prague, Sedláček had a meeting with the Azerbaijani Ambassador to the Czech Republic, Adysh Mammadov. The parties discussed issues on the bilateral agenda, as well as prospects for further development of cooperation between the two countries.

“Frank and friendly discussion took place between Ambassador A. Mammadov and the newly appointed Ambassador of the Czech Republic to the Republic of Azerbaijan Mr. Milan Sedláček. The two men had a substantive exchange on the issues of bilateral agenda as well as perspectives for further development of strategic partnership relations,” the Azerbaijani embassy wrote on its Facebook account.

Incidentally, the trade turnover between Azerbaijan and the Czech Republic amounted to $307.4 million in 2021.