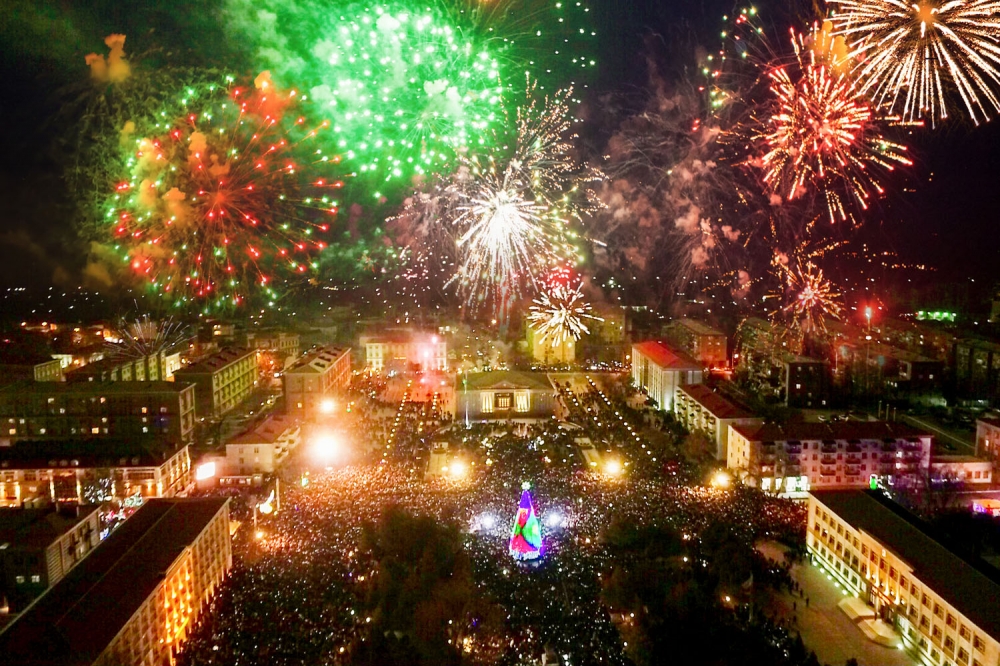 The city of Nakhchivan has hosted celebrations on the occasion of the Day of Solidarity of World Azerbaijanis and New Year.

Chairman of the Supreme Assembly of Nakhchivan Autonomous Republic Vasif Talibov and his family members attended the celebrations which were held in the city`s central square.

Monitors installed in the square featured the message of congratulation of President Ilham Aliyev to the people of Azerbaijan on the occasion of the Day of Solidarity of World Azerbaijanis and the New Year.