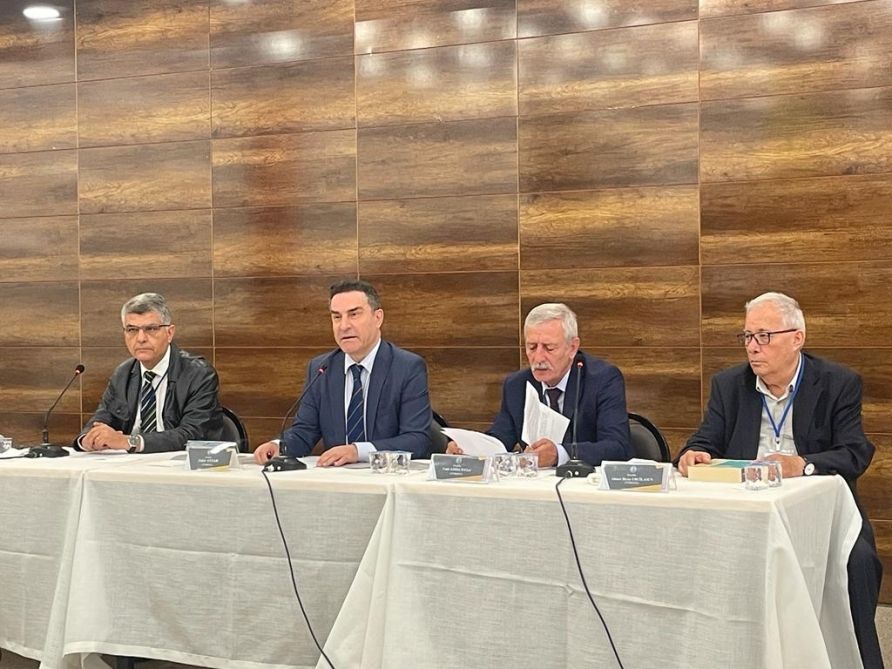 As part of the 26th International Dede Gorgud Culture and Art Festival in Bayburt, Turkiye, a panel discussion was held on “Dede Gorgud’s spiritual heritage on the Turkic world,” Azernews reports, citing Azertac.

The Book of Dede Gorgud is a heroic epic poem of the Oghuz – a Turkic tribal group, who were the ancestors of Azerbaĳanis, Turks, Turkmens and Gagauz. In terms of its historical and cultural significance, this saga is a grand testament to the culture of the Turkic world in ancient and medieval times.

The character of Dada Gorgud is at the center of the book. He is the book’s narrator and one of its main characters. As a storyteller, he seems to have lived longer than many of the people, who are protagonists in his story. His most important function is at the end of each story where he makes a moral statement to summarize the plot.

Professor Alpaslan Ceylan pointed out that there is a serious need for in-depth research of the common historical heritage in the Turkic world, especially in Azerbaijan, in connection with the events devoted to Dede Gorgud.

Reminding that the national leader Heydar Aliyev signed a decree in 1997 in connection with the 1300th anniversary of the Kitabi Dede Gorgud, Professor Zakir Avshar expressed that all the works done in this direction made unparalleled contributions to the common Turkic history and culture.

Expressing that the legacy of Dede Gorgud has a wide range of influence on the modern thinking of the Turkic people, the speakers held extensive discussions about the places and historical cultural monuments in the territory of Armenia. It was stated that all the historical and cultural traces in this geography and the heritage related to the human factor are of Turkic origin.

Scientists have evaluated the research of Dede Gorgud’s heritage in Azerbaijan, the writing of works on this topic, and the publication of books as a great contribution to the entire Turkic world. It was noted that closer cooperation between the Turkic states in this field is important for the development of the common history and culture.