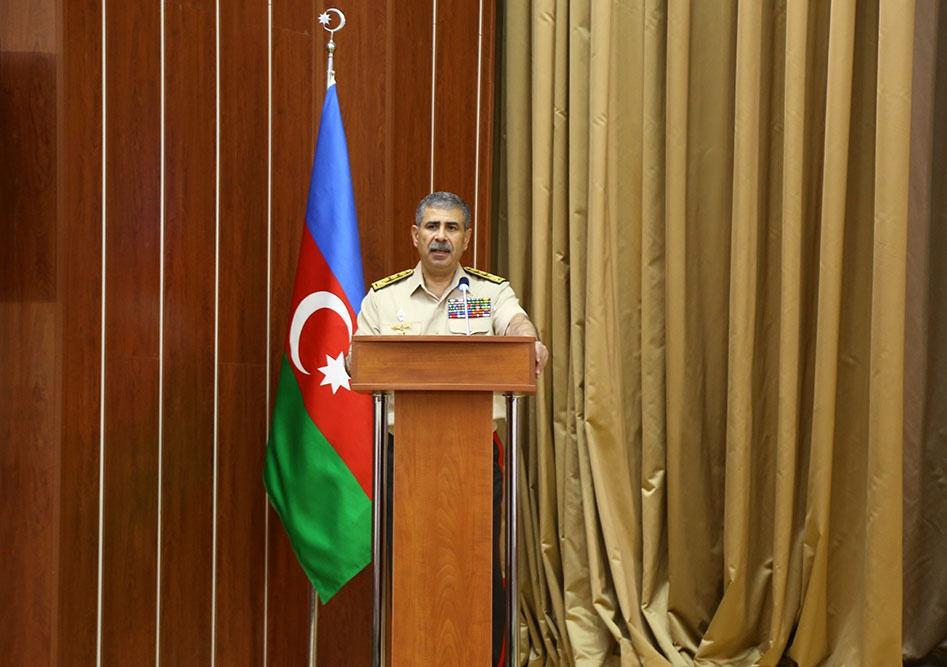 Defence Minister Zakir Hasanov has said that Azerbaijani servicemen – from soldier to general – are ready to liberate the country’s Armenian-occupied territories.

The minister made the remarks in the Training and Education Center of the Armed Forces on September 16.

Addressing the meeting with deputy commanders of army corps, formations, and individual military units, Hasanov said that a high level of combat readiness and vigilance of military personnel must be maintained at the front. He also gave instructions to immediately and strongly suppress possible large-scale provocations of the Armenian armed forces in various directions in the frontline.

Azerbaijani authorities have recently voiced discontent over the failure of peace negotiations with Armenia. President Ilham Aliyev said in July that the work of the OSCE Minsk group mediating the Nagorno-Karabakh conflict has proven ineffective, reminding that the mediators have failed to respond to Armenia’s provocations. The president also described as “meaningless” the negotiations that have been dragging on for many years.

It should be noted that Armenia has recently stepped up its military provocation in the line of contact and on the border.

Since 16 July, eight UAVs of the Armenian armed forces, attempting to carry out a reconnaissance flight over the positions of the Azerbaijani Army’s units, have been destroyed by the Azerbaijani Air Defense units.