Home / Politics / Defense Ministry: Foreign military attaches and representatives of international organizations in Azerbaijan were informed about the operational situation

Defense Ministry: Foreign military attaches and representatives of international organizations in Azerbaijan were informed about the operational situation 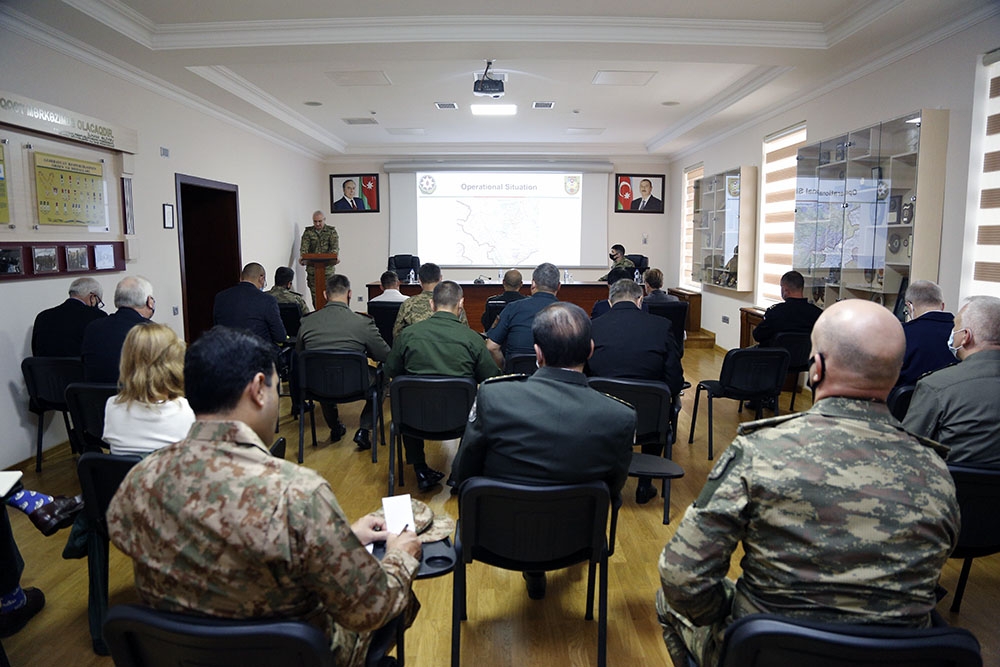 The International Military Cooperation Department of Azerbaijan’s Defense Ministry has held a briefing for foreign military attaches and representatives of the international organizations accredited to the country.

“The briefing provided an insight into the latest combat operations conducted in the occupied territories, the liberated settlements, and the damages inflicted to the enemy forces,” press service of the Ministry of Defense told AZERTAC. The foreign military attaches and representatives of the international organizations were also informed of the deliberate missile and artillery attacks of the Armenian armed forces on the cities and regions of Azerbaijan, which are located far beyond the line of contact.

“They were also informed about the damage inflicted to the peaceful population and civilian facilities as a result of missile and artillery shelling by the enemy, as well as the fact-based inhuman treatment and behavior of the adversary army towards its military personnel,” the ministry added.

Previous Assistant to Azerbaijani President: Armenia resorts to provocations to hide its failures
Next Subscribers on frontline get 100 all-net minutes and 100 SMS from Nar