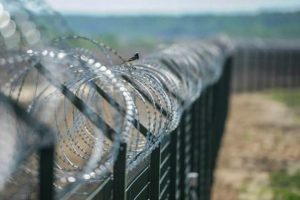 Azerbaijan and Georgia need to increase the dynamics of negotiations on border delimitation and complete them as soon as possible, Azerbaijan’s Deputy Foreign Minister Khalaf Khalafov told reporters in Baku Dec. 12.

He noted that negotiations continue, but in the past there was some delay related to the change of personnel from the Georgian side.

“A new deputy foreign minister of Georgia has been appointed and this issue has been assigned to this person,” Khalafov said. “I think that from the beginning of the new year, we will hold discussions in working order, and then meetings of working groups. Probably, in the first quarter of 2019, we will be able to hold the next commission meeting.”

The border between Azerbaijan and Georgia is 480 kilometers. The state commissions of the two countries agreed on a major part of the border line. Up to 70 percent of the state border line has already been agreed upon, according to various sources.

From the Azerbaijani side, Deputy Foreign Minister Khalaf Khalafov is the chairman of the state commission on the delimitation and demarcation of the state border with Georgia.