The 11th session of the World Urban Forum (WUF) “Transforming Our Cities for a Better Urban Future” started in Katowice, Poland, on 26 June.

The United Nations Human Settlements Programme (UN-HABITAT) holds a World Urban Forum dedicated to the problems caused by rapid urbanization every two years. The 11th session of the World Urban Forum will last until 30 June.

The UN-HABITAT Program was established as a UN body in 1978 as a result of the first Conference on Habitats and Sustainable Urban Development (1st HABITAT Conference) held in Vancouver, Canada, in 1976. The organization is headquartered in Nairobi, Kenya. The Executive Director of the UN-HABITAT is Maimunah Mohd Sharif from Malaysia. Maimunah Mohd Sharif visited Azerbaijan in March 2022 and was received by President of Azerbaijan Ilham Aliyev. During the visit, the executive director visited the liberated city of Aghdam.

A document entitled “New Urban Agenda” was adopted at the 3rd HABITAT conference held in 2016. The main goals of the agenda are to improve the living conditions of people living in slums and provide clean drinking water and sanitation.

With the assistance of donors, UN-HABITAT supports post-conflict reconstruction in a number of countries around the world. Since the end of the conflict in Sri Lanka in 2009, UN-HABITAT has implemented infrastructure projects to restore the destroyed homes of 31,000 families and improve the living conditions of 420,000 IDPs. A similar operation was carried out in Iraq in 2019.

At present, Azerbaijan and UN-HABITAT are holding consultations on conducting an annual conference on urban planning in the country. The first conference is scheduled for the fall of this year in Aghdam.

In addition, negotiations are underway to involve a UN-HABITAT expert in the urban development process in liberated areas.

Azerbaijan recently made a voluntary financial contribution of $1.5 million to the organization. 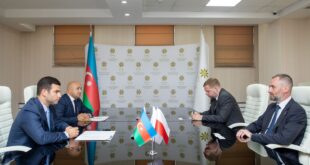 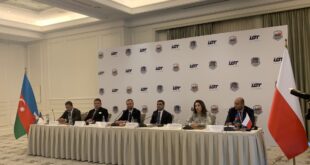 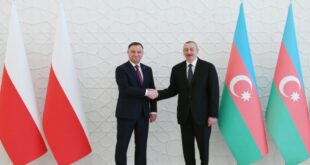 President Ilham Aliyev: There are ample opportunities for advancing the mutually beneficial cooperation between Azerbaijan and Poland