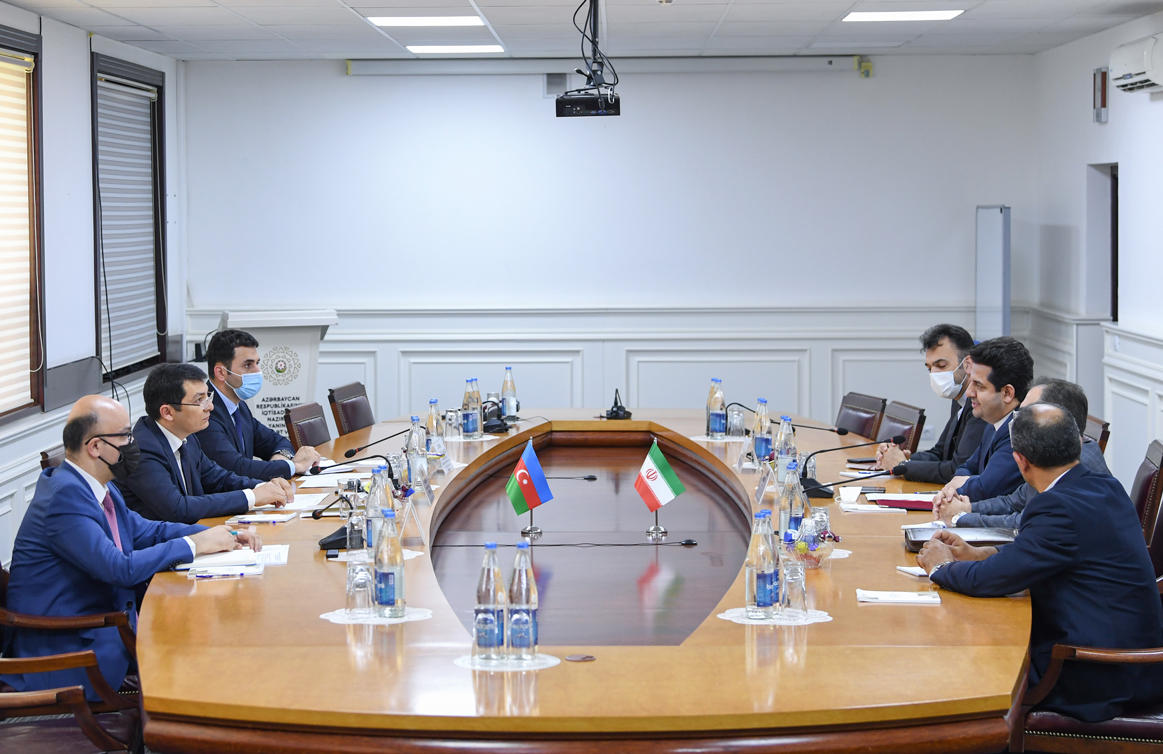 Iran supports the restoration of Azerbaijan’s territorial integrity and is interested in carrying out construction work in the liberated border areas, Ambassador Seyyed Abbas Mousavi has said.

Mousavi made the remarks during the meeting with Azerbaijan’s Deputy Economy Minister Elnur Aliyev last week.

The ambassador also stressed the development of economic and trade relations between the two countries and the potential to expand and strengthen cooperation.

The deputy minister praised the development of partnership between both countries in various economic sectors, noting the increasing number of Iranian companies enjoying a favorable business environment in Azerbaijan and mutual investment cooperation.

During the meeting, it was noted that friendly and brotherly relations between Azerbaijan and Iran are based on cultural, historical and religious ties. It was stressed that the political will and friendly relations of Azerbaijani and Iranian presidents are the main driving force in the development of bilateral cooperation.

The parties exchanged views on expanding bilateral trade and economic relations and other issues of mutual interest.

After the six-week-war in 2020, Azerbaijan liberated its territories occupied by Armenian forces for around three decades.

The restoration of control over the 132 km section of the Azerbaijan-Iran border created new opportunities and prospects for broader cooperation between the two countries. Earlier, the Iranian companies voiced interest in participating in restoration and reconstruction works in the liberated territories.

So far, the two countries have worked on projects for the construction of Ordubad and Marazad hydroelectric power plants and Khudaferin and Giz Qalasi hydro junctions and hydropower plants on the Araz River.

Additionally, earlier this year Azerbaijan and Iran signed an agreement on expanding cooperation in the railway sector.