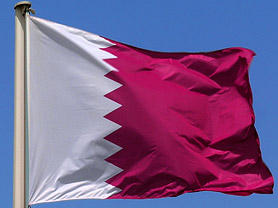 Qatari ambassador Faisal bin Abdullah Hamad Al-Hanzab has said that his country is committed to strengthening ties with Azerbaijan, Trend reported on December 16.

“The high-ranking officials of Qatar and Azerbaijan are greatly interested in the relations between two countries to strengthen the friendship and cooperation in all political, economic and social fields to achieve more prosperity,” Al-Hanzab said.

Azerbaijan-Qatar bilateral relations are based on common values, friendship, joint cooperation and mutual interests, and are being reinforced with reciprocal respect and trust, he said.

The ambassador stressed that Qatar is taking steps toward a bright and successful future by strengthening political, economic, and cultural connections, as well as boosting trade and investment possibilities for businesses of both nations.

Meanwhile, Labor and Social Protection Minister Sahil Babayev reiterated that bilateral relations are developing at a high level and they are based on the principles of friendship and mutual respect.

“The high level of political dialogue is undoubtedly due to the political will and wise foresight of the leaders of the two countries, the great importance they attach to cooperation,” Babayev underlined.

He stated that during the high-level visits, about 40 documents had been signed between the two countries that envisaged the development of the legal framework of existing relations.

Babayev described as “a vivid example of an upward trend in bilateral relations” the signing of an agreement between the Azerbaijani and Qatari governments during Qatari Deputy Prime Minister and Foreign Minister Sheikh Mohammed bin Abdulrahman Al Thani’s visit to Azerbaijan in October 2021.

“Indeed, this step will contribute to the expansion of cooperation between our countries both in business and tourism,” he added.