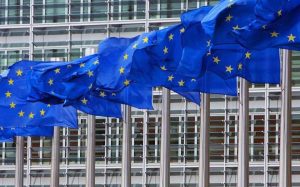 The first two projects are proposed to be financed via public-private partnership and the third project by the international financial organizations.

Together, the projects in the Eastern Partnership (EaP) countries will require an estimated investment of almost 13 billion euros and foresee a total of 4,800 kilometers of road and rail, 6 ports and 11 logistics centers, the European Commission said.

The projects will make possible the construction and rehabilitation of new and existing roads, rail, ports, airports, as well as logistics centers and border crossing points.