Home / Azerbaijan / Culture / Every tourist in Khachmaz should do this!

Every tourist in Khachmaz should do this! 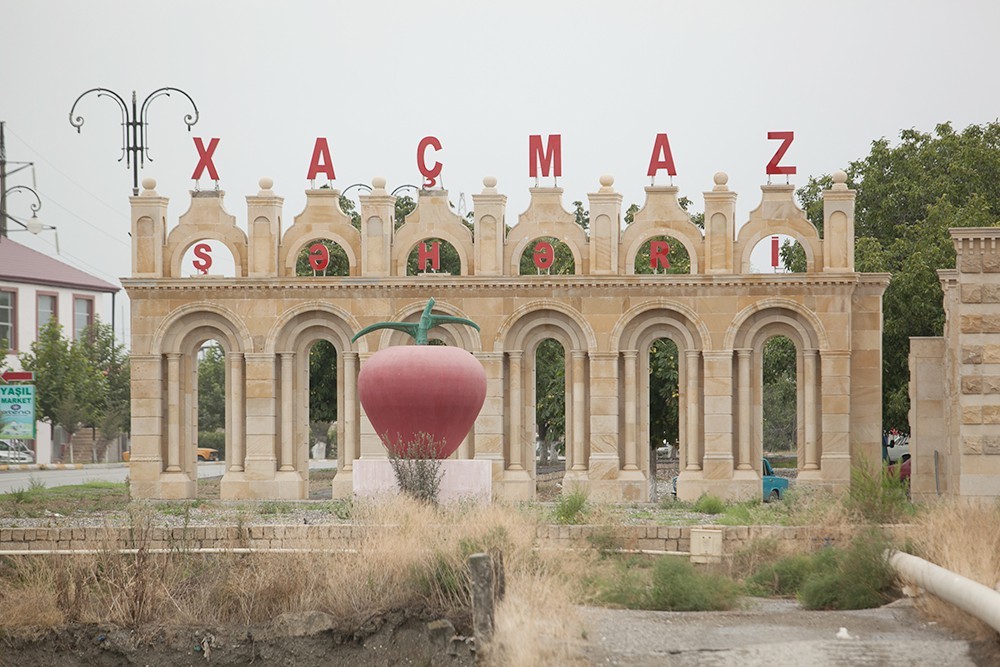 Khachmaz is a colorful region of Azerbaijan, remarkable for its ancient history, rich culture and beautiful nature. All these advantages have long attracted crowds of tourists, so that Khachmaz is considered to be the center of tourism in the country. It is not by chance that on the territory of the Khachmaz district there is the second largest after Absheron area in size and livability, a recreation area on the Caspian coast, which stretches along the entire coast from the village of Mukhtadir to the village of Nabran and beyond.

Over 60 historical and cultural monuments have been preserved in the district. However, modern Khachmaz has something to please the guests. Particularly proud of it are the parks, which cannot be found even in the capital. Decorated with large-scale sculptural compositions, breathtaking fountains and exotic plants, the parks of Khachmaz can amaze even the sophisticated visitors of this small town full of surprises.

Be alone with nature

More than 20 hectares of Khachmaz territory is covered with forests, several rivers flow here. A unique feature of this zone is the fact that the relic forest, represented mainly by elm and beech trees, here rises directly to the sea coast. Medicinal plants are also widespread in the flora of the region.

There are good conditions for hunting and fishing in Khachmaz district. The fauna of this zone is diverse: raccoons, hares, wild boars, deer, owls and woodpeckers live in the foothills. On the territory of the region there is the Samur-Yalama National Park.

Khachmaz is also famous for its fruits and vegetables, which are grown in abundance in state and private farms.

The area has many mineral springs, including thermal.

Take a walk in the park of Heydar Aliyev

Park “Heydar Aliyev Seyrangah”, a length of 2 km, is notable for the fact that it is located on both sides of one avenue. Given the heavy traffic on the roadway, visitors use two pedestrian bridges over the length of 24 meters each to get from one part of the park to another. In addition, the park has an absolute record in the number of fountains: on its territory, as many as 128 fountains of all sizes, shapes and colors fit! One of the fountains is made in the form of a giant samovar 12 meters high with a cup into which water flows. Another fountain depicts a teapot hanging in the air with water flowing from it, symbolizing tea.

Well, as in any park, there are many cafes, tea houses, restaurants, cozy benches and alleys, alluring with emerald freshness of their well-groomed lawns.

Take a tour of history

You can get acquainted with the history and nature of the Khachmaz region in the local history museum, operating since 1981, which in 2013 moved into a new modern building. The museum has a large number of exhibits of interest to tourists, reflecting the ancient history and cultural heritage of both the Khachmaz region and the country as a whole. Currently, about 5,000 exhibits have been collected here, more than 2,000 of which are on display, and another 2,800 are stored in museum collections.

During archaeological expeditions on the territory of the Khachmaz region, 28 ancient burial mounds belonging to ancient Turks, about 4 thousand years old, were discovered.

In the halls of the museum you can see the faience jug of the 1st millennium BC, found during excavations in the territory of the village of Ledzhet, Khachmaz district. The museum exhibits also a bronze tip, bone needles, stone tools, earthenware jugs of the 1st century BC. – I century AD, relating to the Albanian period of history, copper ware, a large number of clay products IV-V centuries, earthenware dishes XII-XIII centuries. etc.

In the culture section, various works of art are displayed, in particular carpets and decorations. Also noteworthy is a small silver object called “40 Achar” (“40 keys”), in which the craftsman engraved 40 different Muslim prayers in Arabic.

Relax on the beaches in Nabran

Located 229 km from Baku and 43 km from the administrative center of the Khachmaz region, the village of Nabran is perhaps the most famous resort area of Azerbaijan. Such fame did not come about by chance: it successfully combines numerous sea beaches, shady forests, cool and hot springs, and picturesque bays. Someone in Nabran is attracted by the opportunity to soak up the golden sand by the sea, while others prefer walking in the forest. Nabran has a large number of different guest houses, hotels and tourist centers of various levels.

The exposition of the Carpet Museum will allow you to visually get acquainted with the history of the formation and development of carpet weaving in Azerbaijan. The central place in the pavilions of the museum is given to the carpets of the carpet weaving school in the northern region of the country – about 60 antique samples of carpet products are represented here.

In Khachmaz, at every step you can find cafes and restaurants offering traditional cuisine. Here kebabs, basturma, dolma, pilaf and, of course, amazingly tasty fish are perfectly cooked. By the way, you can personally catch this fish in local rivers and lakes.

One of the places where you can relax and eat in the shade of trees near the cool springs can be a cafe Orman Bulaq – “Forest Spring”. This recreation center is remarkable in that it allows you to immerse yourself in a real rural surroundings: all the products from which dishes are prepared are local. Here they even keep quails, village chickens and river trout. For dessert, you will be offered compotes and jam from local fruits.

No less interesting is a visit to the Çoban Bulaq complex (“Shepherd Spring”), located on the 16th km of the Khachmaz-Khudat road and known since Soviet times. The restaurant of the national cuisine is located among the greenery and flowers, next to the picturesque pond in which swans and ducks swim, sturgeon and other fish inhabit.

The complex has its own garden, where apples and nectarine abundantly bear fruit, as well as a bakery with tandir in which fragrant bread is prepared.

Located in the Khachmaz region, the ancient city of Khudat at the beginning of the 18th century was the capital of the Guba Khanate and a well-fortified outpost. In 1735, in connection with the transfer of the residence of the ruler of the Khanate of Fatali Khan from Khudat to Guba, the city lost its significance.

More than 60 historical and cultural monuments have been preserved in the district. Among them: the 19th century mosques in the villages of Morug-Oba, Uzun-Oba, Tagar-Oba, ancient settlements and barrows belonging to the Bronze Age near the settlements of Mollabyurkhan, Hyulovlu, Garajik, Khasangala and others. At the top of Galadag mountain, the ruins of the fortress of Gaurgala remained.

In the depths of the Khudat land there are significant reserves of drinking water. From here, from the village of Shollar originates the famous Shollar water supply system, which was commissioned in 1917 and still plays an important role in providing drinking water to the capital of Azerbaijan.

While in Khudat, be sure to visit the thermal baths, in which you can take healing baths with hot mineral water coming from the bowels of the earth. In the bath, visitors have the opportunity to rent a private room with a swimming pool filled with healing water.

Orienteering competitions are held in Khachmaz every year, usually in late spring or early summer. If you make your visit by this time, you can take part in them or watch them.

According to the rules of this sport, its participants, using a sports map and a compass, must cross a given route, marked by checkpoints. Results, as a rule, are determined by the time of passing the distance or by the number of points scored.

In addition to Azerbaijani orienteers, athletes from the countries of near and far abroad take part in the competitions.

Everyone can join the orienteering classes, both to maintain a healthy lifestyle and acquire skills to protect the interests of Azerbaijan in the international arena. Details can be found on the official website of the Federation of Orienteering of Azerbaijan – www.smef.az.

Recreation center Atlant has gained wide popularity thanks to affordable prices and an extensive entertainment program. The complex has all the conditions for lovers of water entertainment, board games, billiards, tennis, paintball, karting, etc. There are several water parks with many water-sports attractions for children and adults. It is worth noting the inventive landscape design created on the territory of the complex.

In addition, the center has a conference room, a buffet restaurant, a dining room for guests and a poolside restaurant with national and European cuisine.

Guests can stay in the hotel or in individual cottages. The center operates year round.

How to get to Khachmaz

Previous Yusif Eyvazov: My dream is to travel across regions of Azerbaijan
Next Azerbaijan`s magnificent folk dances