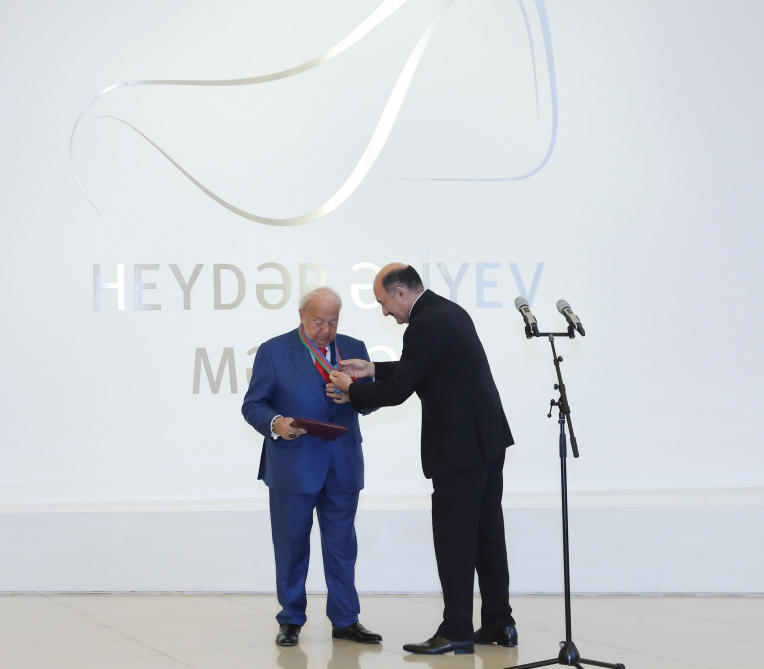 The Moscow Museum of Modern Art together with the Heydar Aliyev Center and the Russian Academy of Arts present the “Possible Dimensions” exhibition.

Vice-President of the Heydar Aliyev Foundation Leyla Aliyeva attended the opening of the exhibition.

Director of the Heydar Aliyev Center Anar Alakbarov highlighted the importance of the exhibition. He noted that Zurab Tsereteli was awarded “Dostlug” Order under the Order of President Ilham Aliyev and congratulated the artist on this occasion.

Addressing the event, Zurab Tsereteli thanked the Heydar Aliyev Foundation for supporting the organization of the exhibition. He said that he was happy to receive “Dostlug” Order for his fruitful services in strengthening cultural relations between the Russian Federation and the Republic of Azerbaijan. The artist thanked President Ilham Aliyev for his attention shown to him.

Possible Dimensions represents Zurab Tsereteli’s fruitful creative career, including works influenced by his encounters with the world-renowned maestros Marc Chagall, Pablo Picasso, and Robert Rauschenberg. The project brings together more than 30 works from Moscow, Tbilisi, and London, including paintings, sculptures, and enamels that cover the artist’s long career.

Zurab Tsereteli was born in Tbilisi, Georgia in 1934 and graduated from the Tbilisi State Academy of Fine Arts in 1958. He worked with bronze, stone, glass, wood, and mosaics, but it was only in the late 1960s that he started to receive widespread recognition and government orders. Tsereteli stood out among the artists of his generation: his monumental works combined images of children’s fairy tales and dreams and archaeological and ethnographic symbols with a powerful creative impulse that became especially noticeable during the approval of more free forms of artistic expression in the cultural climate of the USSR. Monumentality reveals itself in his sculptures commissioned by public orders in different countries: one sees his statues in many cities, including London, Moscow, New York, Paris, Rome, and Tokyo. His large-scale works created in an expressive manner convey complete freedom in art.

Tsereteli can rightly be called a citizen of the world: he has workshops in his native Tbilisi, as well as in Moscow, Paris, and New York. Working in each of the four cities contributed to the formation of his individual style. The artist claims that, after meeting Picasso and Chagall in 1946 in France, he radically revised his understanding of the creative process. The skilfull ease of the maestros in transitioning from painting and graphics to ceramics and sculpture inspired him to create a new series of works. The influence of Picasso is evident in Inessa (1968), which he painted shortly after visiting Picasso’s workshop in Paris. Tsereteli’s famous sculpture My Favorite Artists (2009) represents Picasso, Modigliani, Chagall, and Van Gogh, having created sculptural images of Pirosmani and Henri Rousseau a year earlier. Tsereteli has a place in the ranks of neoexpressionists, which include Fernando Botero, Arnaldo Pomodoro, and Georg Baselitz. Among those who influenced Tsereteli’s creative work were also Russian artists: Tsereteli transformed Kandinsky’s abstract expressionism or Malevich’s suprematism into his rich palette of recognizable red and blue colors. 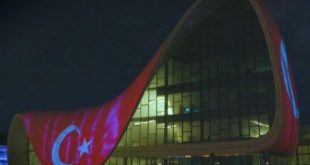 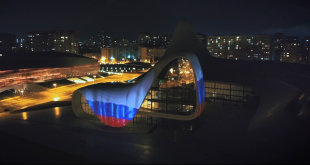 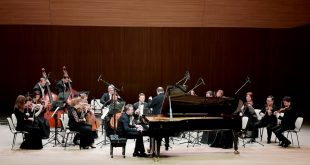