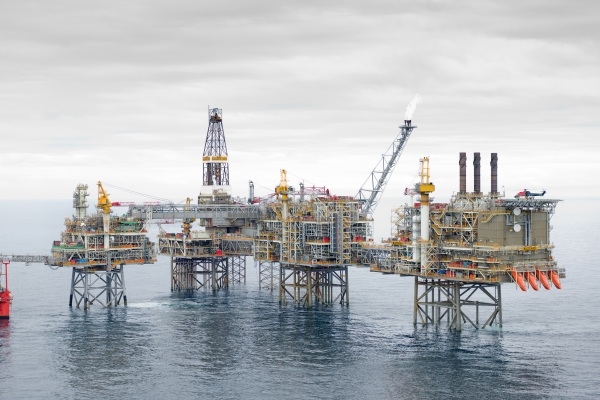 On February 23, Azerbaijan’s parliament adopted amendments to the state budget to adjust down expected budget revenues based on oil price estimates of as low as $25 per barrel (Azernews.az, February 23). Initially, the State Budget for 2016 projected oil at $50–55/barrel (Trend, September 14, 2015). On January 10, Azerbaijani President Ilham Aliyev declared at a meeting of the Cabinet of Ministers that the achievements of previous years were not being matched due to a three-to-four-fold drop in oil prices, which led to the devaluation of the manat and the currency’s instability (President.az, January 10).

According to Elshad Nasirov, the vice president of the State Oil Company of Azerbaijan (SOCAR), the cost of oil production in Azerbaijan is, on average, $20/barrel from its offshore fields (Apa.az, January 25), which means Azerbaijan can still sustain its drilling and export. Notably, Azerbaijan decided not to join Russia and Saudi Arabia in their agreement to freeze crude oil output levels (Azertag.az, February 16).

In 2015, Azerbaijan produced 41.6 million tons of oil, against the predicted 40.7 million tons. The country’s natural gas production was 29.1 billion cubic meters (bcm)—with the Shah Deniz field alone producing 9.9 bcm—Energy Minister Natig Aliyev noted in January. Minister Aliyev acknowledged that an accidental fire at Platform No. 10 in the offshore Guneshli oilfield, in December 2015, will influence production this year (Minenergy.gov.az, January 15). However, gas production is expected to increase in 2016, by virtue of ramped-up extraction at both the Azeri-Chirag-Guneshli (ACG) and Shah Deniz fields, he declared (Trend, January 16).

Meanwhile, Azerbaijani Finance Minister Samir Sharifov rejected allegations reported on in theFinancial Times that the International Monetary Fund (IMF) and the World Bank might lend Baku up to $4 billion (Azernews.az, January 28). Sharifov said that Azerbaijan would independently raise $2 billion for financing gas pipelines through bonds and privatization of government assets, and had no urgent need for support from the IMF or the World Bank (News.az, January 28).

Furthermore, SOCAR is keen to enlarge its overseas exploration and investment activities. SOCAR is eyeing purchasing certain assets of Russian Rosneft (News.az, February 11), investing in liquefied natural gas (LNG) and the power sector in Malta, as well as LNG trading in Western Africa (Burkina-Faso, Togo) (Caspian Barrel, February 11). According to BP, “falling oil prices will not affect the implementation of long- and short-term projects carried out in Azerbaijan” (Azertag.az, December 17, 2015).

In order to mitigate the fallout from dropping oil prices, SOCAR is pursuing multiple measures.

Compensation with natural gas: Azerbaijan might make up some of its financial loses by new gas production at Shah Deniz, following the launch of the Southern Gas Corridor (SGC) (Apa.az, February 2), as well as through new gas fields, such as Bulla-Deniz, Umid, Absheron and Babek, which possess huge reserves (Natural Gas Europe, October 18, 2015), or exploration for heretofore undiscovered fields (Apa.az, October 15, 2015). In particular, Azerbaijan and Turkey are speeding up the implementation of the Trans-Anatolian Pipeline (TANAP) project (Trend, October 2, 2015); and construction of the Trans-Adriatic Pipeline (TAP) will begin in March 2016 (Caspian Barrel, February 26).

Maximizing oil output: Azerbaijan’s SOCAR had planned to sign a new contract with its partners to increase its share in the ACG block of oil and gas fields (Trend, October 14, 2015). Supposedly, major volumes of gas extracted from ACG in 2016 will be injected into oil reservoirs to maintain oil production levels (Natural Gas Europe, February 24). Meanwhile, SOCAR is planning to receive gas from Russia’s Gazprom in order to inject this gas into oil layers to boost the oil output (Apa.az, February 10).

Burden-sharing: SOCAR Turkey Energy eyes purchasing a 7 percent stake out of SOCAR’s 58 percent share in the TANAP project (Apa.az, January 14), which will help to distribute SOCAR’s financial burden in the project. BP’s purchase of 12 percent of SOCAR’s shares (out of 70 percent), in 2015, was a timely contribution in terms of the financial viability of the SGC (Hurriyet Daily News, March 13, 2015).

Privatization: According to Energy Minister Aliyev, “subsidiary and service companies, as well as enterprises operating in the energy sector, not the producing ones, may be privatized” (Azernews.az, February 1). This will be a positive step in terms of attracting additional investment and modernization. However, Azerbaijan is not planning to sell SOCAR, because this highly strategic asset plays an important role in the economy and the country’s foreign policy (Apa.az, January 22;Azertag.az, February 1).

Bonds: Moreover, Azerbaijan’s state oil company has decided to place bonds worth $2 billion on international financial markets to raise funds for all segments of the SGC. However, “SOCAR’s stakes in the SGC’s three chains [the South Caucasus Pipeline, TANAP and TAP] will be financed in part (51 percent) by Azerbaijan’s Sovereign Wealth Fund [SWF], while the remaining half (49 percent) of funding should be raised by SOCAR itself. SWF has about $34 billion gained from oil/gas projects of Azerbaijan, thus, [it has] no need to raise additional money from SOCAR’s part,” commented Gulmira Rzayeva, a senior research fellow at the Baku-based Center for Strategic Studies (SAM) (Caspian Barrel, February 8).

According to Standard & Poor’s estimations, SOCAR possesses sufficient funds to finance the capital expenditure program, and the Azerbaijani government will continue to provide financial support for SOCAR’s participation in major projects (TANAP, ACG, Shah Deniz), even if oil prices decline further. Oil production might decrease by about 1 percent in 2016, but gas production will be sustained (Caspian Barrel, February 05).

At the second meeting of the SGC Advisory Council, in Baku, on February 29, Afgan Isayev, the chief executive director of the SGC Closed Joint Stock Company, said that “Azerbaijan is fully committed to funding [its] obligations as part of the SGC. We are now in talks with prominent financial institutions for financing of some sub-projects included in the SGC” (Trend, February 29). At the same meeting, Neal McCain, the head of the European Bank for Reconstruction and Development’s (EBRD) local office, said the EBRD is considering financing TAP and TANAP (Trend, February 29). Since the SGC is of strategic significance for Azerbaijan, Baku will maintain its support for this project regardless of falling oil prices (President.az, December 26, 2015). SOCAR targets net zero emissions in extraction from own sites