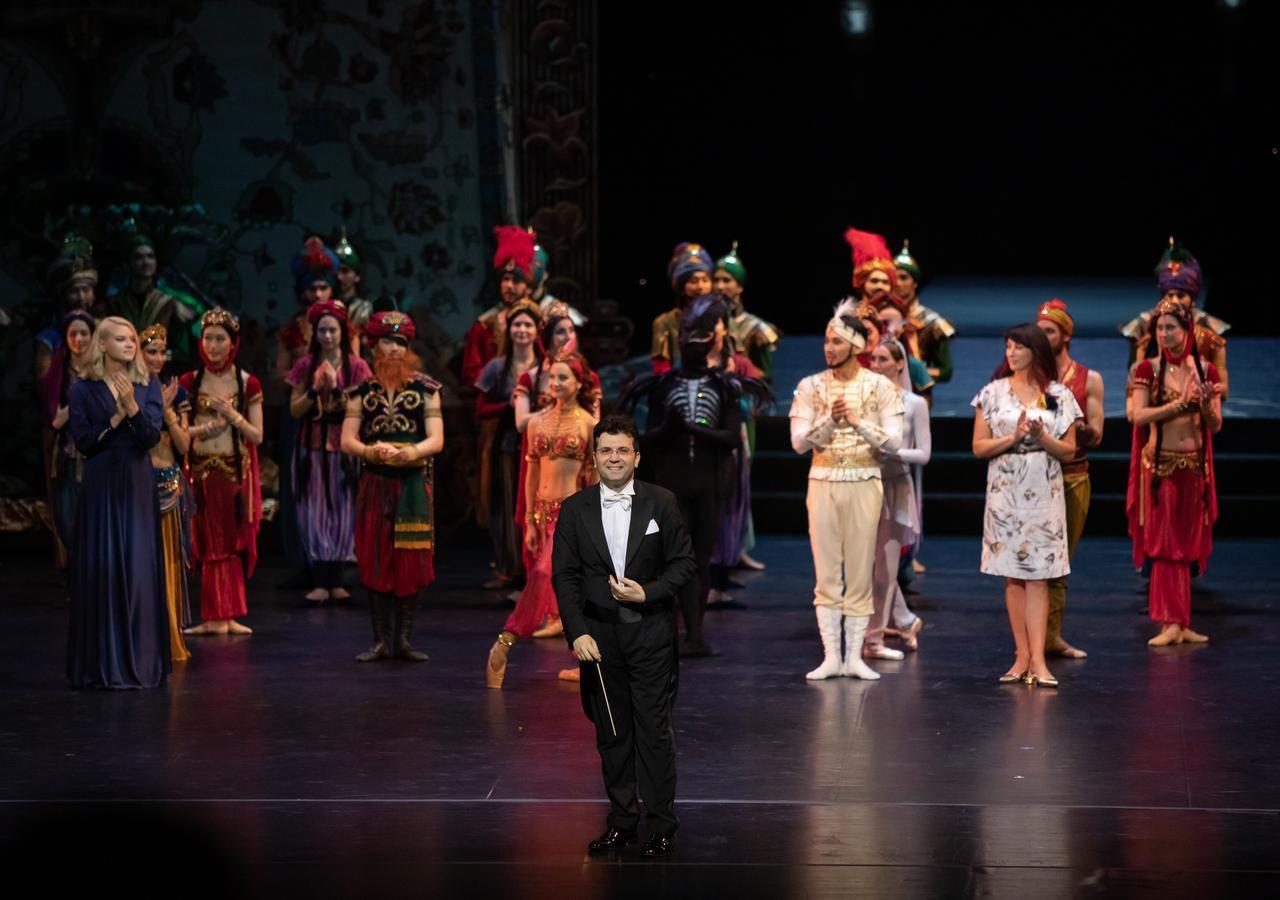 Fikrat Amirov’s ballet “One Thousand and One Nights” will be staged in Russia.

The ballet will be staged at the Primorsky Stage of the Mariinsky Theater to mark the composer’s centennial anniversary.

The Russian audience will be able to enjoy one of the most popular Middle Eastern folk tale on January 18, 22 and 23.

The ballet will be performed under the baton of the principal conductor of the Azerbaijan State Academic Opera and Ballet Theater Ayyub Guliyev.

Known in English as the “Arabian Nights”, the work is about Scheherazade, a Sassanid Queen, who tells a series of stories to her husband, King Shahryar in order to delay her execution.

The ballet was first staged in at the Azerbaijan State Academic Opera and Ballet Theater in 1979. In 1980, the ballet was awarded with the USSR State Prize.

The ballet’s new version was premiered as part of the 5th Mariinsky International Far East Festival in 2020.

More than 300 costumes with hand embroidery were made for the ballet show directed by Honored Art Worker of Russia Eldar Aliyev.

Some of them were made at the workshop, while most were by experienced craftsmen in St. Petersburg.

Azerbaijan’s traditional music instruments – tar and naghara were presented to the theater on behalf of the national musicians.

The long-necked music instrument featured in the score of Fikrat Amirov. The eminent composer started his musical journey as a tar performer.

The idea to add tar performance came from Eldar Aliyev. Ramin Azimov, the soloist of the Azerbaijan State Opera and Ballet Theater, performed on tar during the premiere.