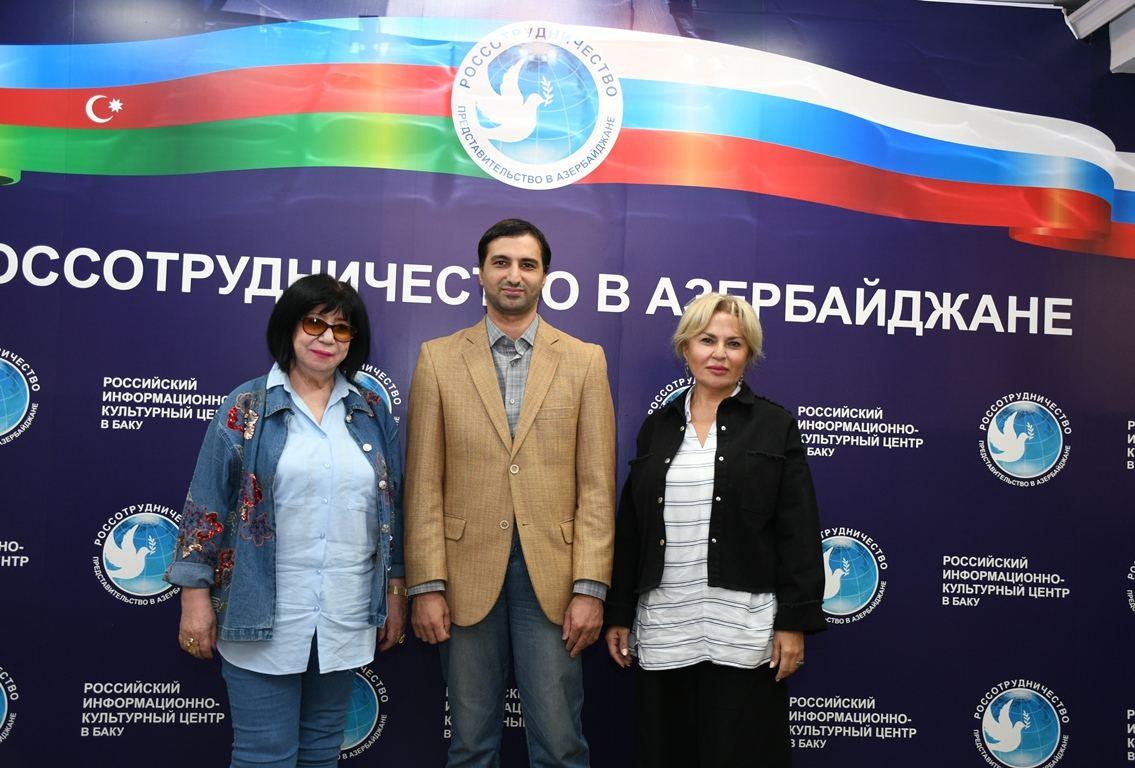 October 3 marks the birthday of Sergei Yesenin, one of the most popular and well-known Russian poets of the 20th century.

The poet’s 126th anniversary has been solemnly marked at the Russian Information and Cultural Center in Baku.

Rustam Huseynov’s documentary “Sergei Yesenin in Baku” was screened as part of the event.

The film was shot with support of the Rossotrudnichestvo office in Azerbaijan.

The half-hour film tells about the circumstances that brought the poet to the City of Winds, relations with the authorities and colleagues, the poet’s creative activities and social life as well as his impressions and stories that happened in Baku.

The documentary provides insight into the poet’s first publications and the influence of Yesenin’s personality and work on literary life in Azerbaijan.

The guests of the event were the film crew, employees of the Russian Embassy in Baku, public and cultural figures as well as poetry lovers.

In his speech,  Rustam Huseynov highlights the poet’s visit to Baku. He touched upon interesting facts about the poet.

Yesenin’s first visit to Baku took place in August 1920. He arrived with his friends Anatoly Mariengof and Grigory Kolobov. In Baku, he finished the poem “Sorokoust”. His second visit was in early September 1924, when the poet stayed in Baku for only a few days.

The most fruitful is considered the poet’s spring visit to Baku which took place from March 31 to May 25 in 1925.  During this visit, the poet wrote his famous work “Persian motives”.

Despite his short life, the poet significantly enriched the cultures of Azerbaijani and Russian.

Editor-in-chief of the magazine “Russian language and literature in Azerbaijan”, professor of the Baku Slavic University Flora Naji spoke at the event, stressing the importance of Russian-Azerbaijani literary ties and Yesenin’s role in the literary life of Azerbaijan.

Next, Yesenin’s poems were read by the deputy chairman of the Azerbaijan Creative Fund, Honored Art Worker Rafik Kashanli.