First ever Italian-Azerbaijan Film Festival due in Baku 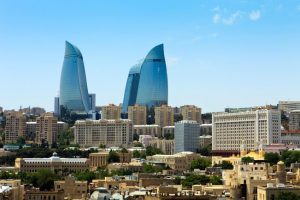 Baku will host the Italian-Azerbaijan Film Festival on January 25-30.

The film festival aims to present  the history of Azerbaijani and Italian film industries.

More than 10 films will be screened at the festival, Report.az informed.

The films will be selected by the jury from both the Azerbaijani and Italian sides.

Winners will be awarded with specially prepared “Zoroaster award”.

Bilateral relations between Azerbaijan and Italy continue to expand in a number of directions.

Cultural ties between the two states have also been growing.

Numerous festivals, cultural events are being held as part of the cooperation.

Accompanied by a solid consolidation of the political dialogue, bilateral economic relations have further strengthened following the signing of a Joint Declaration for the establishment of an Italian-Azerbaijani Council in 2004.

Baku and Rome are strategic partners in the energy sector. Italy, whose scanty natural resources traditionally make the country dependent on import has been a key partner for Baku.