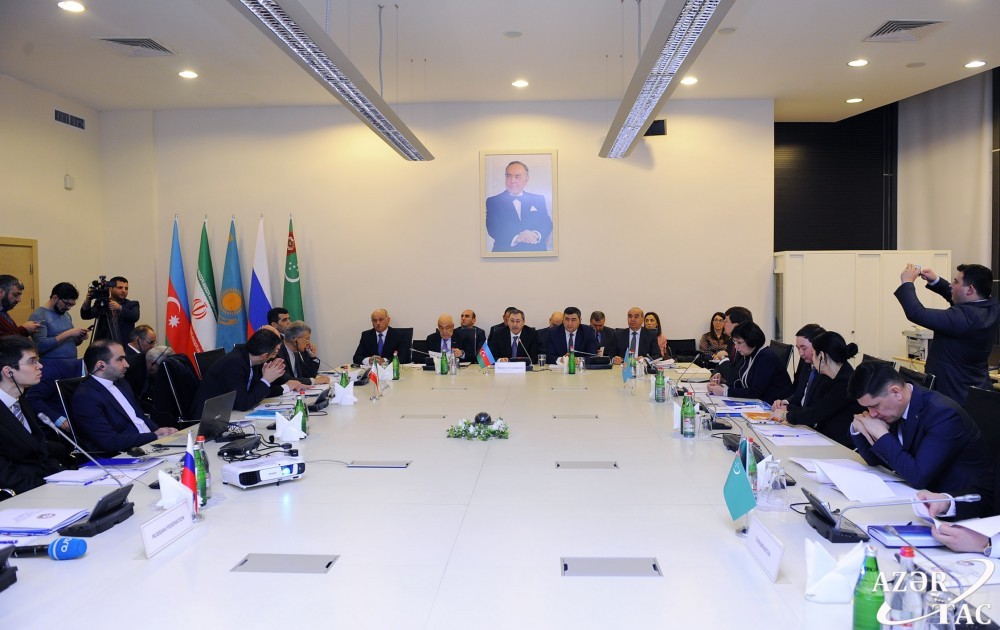 The communiqué states that, the first meeting of the High-Level Working Group on Caspian Sea was held in Baku on 19-20 February. The delegations of the Republic of Azerbaijan (head – Kh. Khalafov), the Islamic Republic of Iran (head R. Ahari), the Republic of Kazakhstan (head Z. Amanjolova), the Russian Federation (head I.Bratchikov) and Turkmenistan (head M. Atacanov).

Several provisions of the project have been agreed. Discussion of this document will continue.

The delegations appreciated the results of the negotiations and expressed deep gratitude to the Republic of Azerbaijan for the high level of organization of the first meeting.

The next meeting of the High-Level Working Group on Caspian Sea will be held in Kazakhstan in April 2019.