Home / Politics / Foreign Ministry: The illegal deployment of Armenian troops to the territory of Azerbaijan is a gross violation of the joint statement 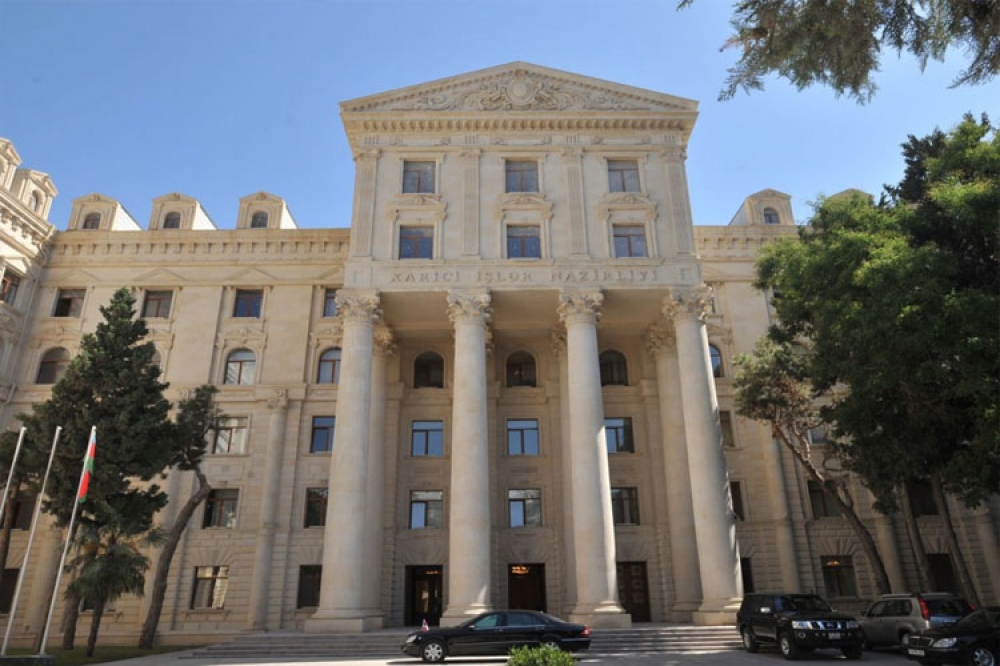 Azerbaijan’s Ministry of Foreign Affairs has issued a statement on the cases of sending Armenian armed forces to the territories of Azerbaijan.

According to the international media agencies operating in Armenia, the personnel of the Armenian armed forces was fraudulently or by coercion involved in military activities in the Nagorno-Karabakh region of the Republic of Azerbaijan, which caused protests from both the military personnel and their family members. The information stated that the parents of the servicemen openly protested against the enlistment of their children in the military service in Azerbaijan, that the Armenian servicemen were secretly transported through the Lachin corridor and forcibly placed in the territories of the Republic of Azerbaijan, where their lives were endangered, and they themselves were subjected to torture and inhuman treatment.

The illegal deployment of Armenian troops to the territory of the Republic of Azerbaijan, where Russian peacekeeping forces are currently stationed, is also a gross violation of the joint statement of the leaders of Azerbaijan, Russia and Armenia dated November 10, 2020.

We remind that the joint statement of November 10 envisages the withdrawal of the Armenian armed forces from the territories of the Republic of Azerbaijan in parallel with the deployment of Russian peacekeeping forces. The statement also guarantees the safety of the movement of citizens, vehicles and cargo in both directions along the “Lachin Corridor”. The use of this corridor for military purposes, especially the infiltration of personnel into our territories in secret, in civilian form and in civilian vehicles, is a gross violation of the movement regime of the “Lachin Corridor”. This is a violation of the peacekeeping contingent’s control mechanisms and undermines the contingent’s efforts to stabilize the situation in the region.

These steps by Armenia seriously question the measures envisaged by the mentioned statement to normalize relations, ensure peace and stability in the region on the basis of mutual recognition and respect for the sovereignty, territorial integrity and international borders of states, and serve to aggravate the situation.

We would like to note that it was Armenia’s illegal deployment of its armed forces in Azerbaijan in late November last year after the entry into force of the trilateral statement that caused military tensions in the region. Armenian sabotage group that carried out attacks on Azerbaijani servicemen and civilians was neutralized as a result of the anti-terrorist operation, and a group of 62 people was detained and handed over to the investigative bodies of Azerbaijan. Illegal entry of armed persons into the territory of the Republic of Azerbaijan, in addition to causing international legal liability for the country to which they belong, creates individual criminal liability for such persons in accordance with the national legislation of the Republic of Azerbaijan.

Involvement of Armenian military personnel for illegal military purposes on the territory of another country – the Republic of Azerbaijan, in particular by deception and coercion, is a serious violation of international human rights law, as well as the provisions enshrined in relevant documents adopted within the framework of regional organizations such as the Council of Europe and the OSCE, to which Armenia is a member.

The Azerbaijani side demands that Armenia put an end to the illegal deployment of its armed forces on the Azerbaijani territory and calls on the international community to take the necessary measures to put an end to such provocative actions by Armenia.

At the same time, it is important that organizations with a mandate to protect human rights strongly condemn the actions of Armenia that grossly violate the human rights and freedoms of the members of its Armed Forces, endangering their lives and health without the need for legal protection, and take measures to compel this country to refrain from such activities.

The Azerbaijani side declares once again that in order to ensure peace and stability, prosperity and sustainable economic development in the region, Armenia has no other alternative than the full and conscientious fulfillment of all its obligations arising from international law, as well as joint statements signed on November 10, 2020 and January 11, 2021.”