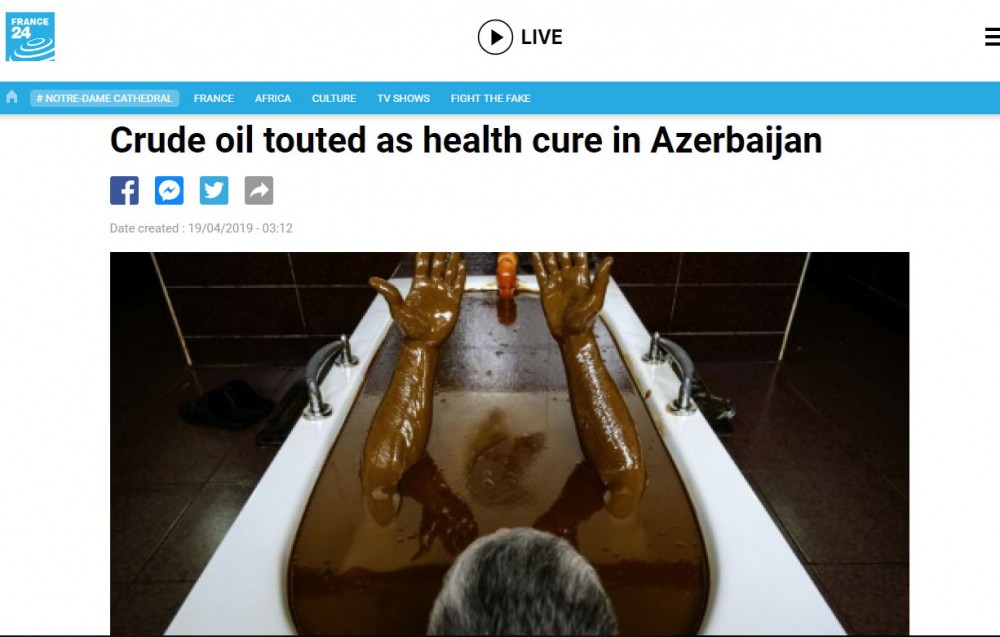 Headlined “Crude oil touted as health cure in Azerbaijan”, the article underlines that the properties of the oil extracted from Azerbaijan’s north-western city of Naftalan are known since ancient times. “Many people come here in the hope that crude oil baths at a local sanatorium will end their years of suffering from polyarthritis, a disease affecting the joints,” the article says.

The article emphasizes that the petroleum spa resort in the oil-rich Caucasus country is a draw for visitors despite its proximity to Nagorno-Karabakh.

“Oil exports to markets all over the world are the largest sector of Azerbaijan’s economy. Azerbaijan’s vast oil deposits were discovered in the mid-19th century, making the country one of the first places in the world to start commercial oil production.”

“The crude that comes from subsoil reservoirs in Naftalan is used to treat muscular, skin and bone conditions as well as gynecological and neurological problems. The sanatorium even has a small museum displaying crutches that once belonged to patients who have recovered from their illnesses. During its heyday in the 1980s, Naftalan would host more than 70,000 visitors a year. Over the last two decades, the Azerbaijani authorities have worked hard to re-establish Naftalan’s reputation as a health resort,” the article adds.