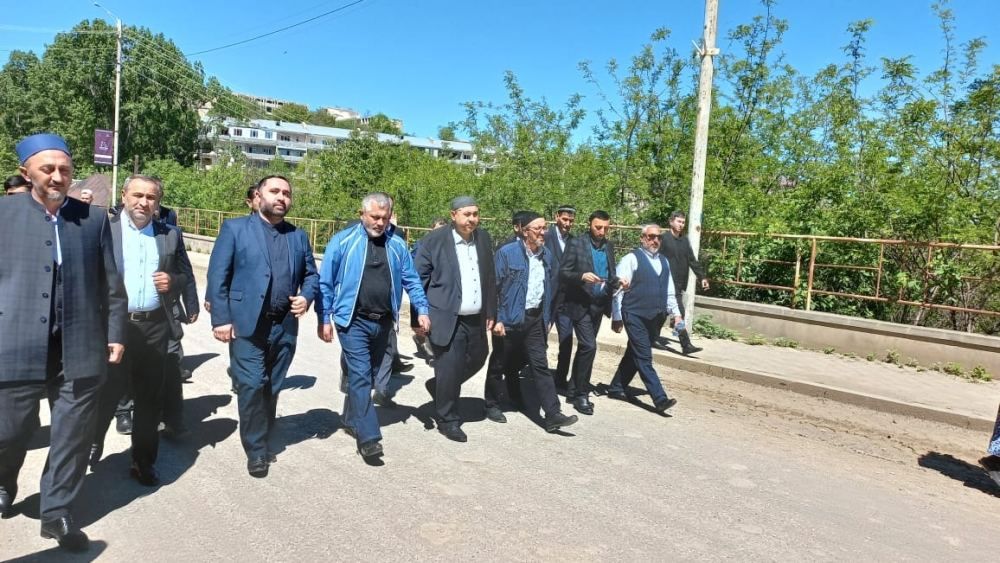 A delegation of religious figures of Georgia arrived in Azerbaijan’s Shusha city after visiting Aghdam and Fuzuli, Azernews reports.

During the visit, the delegation will get acquainted with the sights, historical and cultural monuments of the city, as well as visit Jidir Duzu.

Shusha, which was occupied by the Armenian forces on May 8, 1992, was liberated from Armenia’s occupation on November 8, 2020. The city, which played a crucial role in Karabakh’s liberation, is located on the road to Khankandi, the region’s largest city.

President Ilham Aliyev declared 2022 as the “Year of Shusha”. Considering the historical and cultural significance of the second capital for the Azerbaijani nation, this is a big step in the promotion of the country.

The declaration of 2022 as the “Year of Shusha” will provide new opportunities to demonstrate Azerbaijan’s determination in restoring liberated territories, according to officials.

Following the liberation of Shusha, the Azerbaijani government prioritized restoration work, including the restoration and preservation of the city’s historical and cultural heritage.

The Shusha General Plan was completed quickly, the bust of the great poet Molla Panah Vagif and the museum-mausoleum complex were restored to their original state, the house-museum of vocalist Bulbul and the statue of composer Uzeyir Hajibayli were opened, historical, religious, and architectural monuments, music festivals, and the organization of the Vagif Poetry Days in front of the magnificent mausoleum were also restored.

President Aliyev declared the historical Shusha city the country’s cultural capital on May 7, 2021. An immediate inventory of the damage to the city, its historical and cultural heritage, and its natural environment was completed, and restoration work has begun. The Shusha district administration is vested with special powers to ensure the efficiency of restoration work. The city is run by the Azerbaijani president’s special envoy.

Following its victory over Armenia in the 44-day war in 2020, Azerbaijan has organized a number of international and domestic events in Shusha.

Previous Georgia-Azerbaijan-Turkey format is important mechanism for multilateral cooperation
Next Azerbaijan, US have relations of great benefit – US diplomat