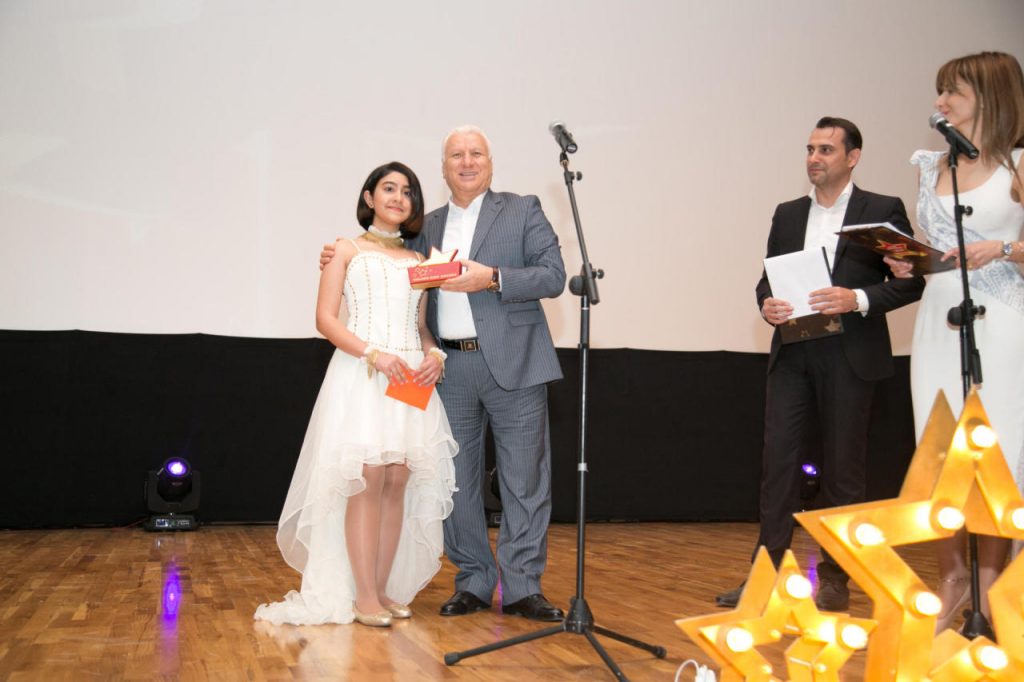 The contest, honoring the International Children’s Day, brought together children aged between 5 and 16.

The event was organized by Azerbaijan Public Association of Volunteers, Trend Life reported.

Guests were greeted by the Chairman of Azerbaijan Public Association of Volunteers Imameddin Guliyev, and the author of the project, the head of the Department of Culture and Arts of the Public Association Ulviya Babirli and Babir Babirli.

The winners in 36 nominations were awarded with Golden Kids Cup.

The hosts of the evening were Honored Worker of Culture Leyla Guliyeva and film actor Ruslan Sabirli.

The main goal of the project is to disclose creativity and develop the abilities of the younger generation.