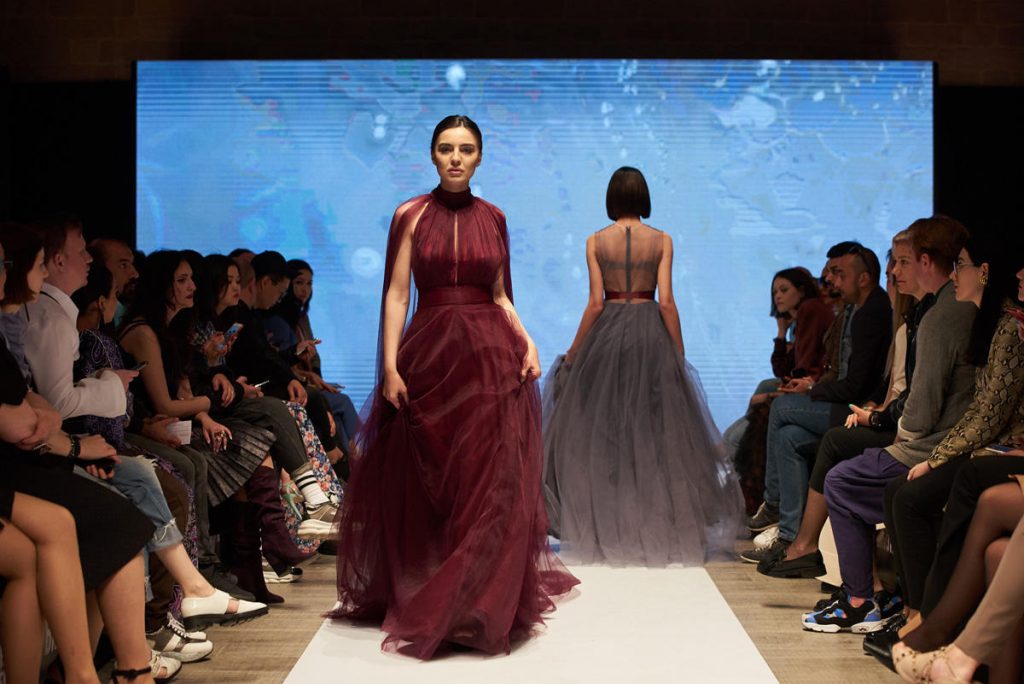 As many as nine shows of designer collections from Azerbaijan, Kazakhstan, Tajikistan and Turkey have been held as part of the Azerbaijan Fashion Week, which took place in the Stone Chronicle Museum.

Azerbaijani designer Aynur Aliyeva opened the event with a presentation. The Aynoor brand showed a well thought out collection, the scale of which was emphasized by an epic soundtrack. The main characters of the collection were belted jackets and worn over lush skirts.

Three Kazakh brands presented their new collections within the framework of the children’s shows block.

Alex Chzhen, who opened the 9th season of the Week with his adult collection, A. Sain and Aida Yeskazina clearly demonstrated that it is possible to be a fashion fan from an early age. Young models arrived in Baku exclusively from Kazakhstan for the participation in the Azerbaijan Fashion Week children’s shows block.

The collection of the first professional Azerbaijani artist-fashion designer, honored art worker of Azerbaijan Fakhriyya Khalafova continued the show’s second day. The collection once again brought together the original vision of the designer and ethnic motifs. The show was held in collaboration with Fargana’s Style, the brand creating handmade accessories.

Kazakh brand Arunaz Couture presented bulky ball gowns with brilliant elements for the most festive events. This collection was distinguished from others by the technique of color transition – ambre, skillfully used by the brand designer.

Embr Atelier, an atelier from Russia creating handmade evening dresses, captivated the guests with the most gentle embroidery, the result of many hours of hard work by skilled seamstresses.

In the final part of the show, guests were shown a line of wedding dresses from Embr Atelier. Judging by the glitter of the female’s eyes sitting in the hall, each of them mentally tried on these outfits.

Thanks to the cooperation with Tajikistan Fashion Week, the works of Tajik designers were presented in Azerbaijan for the first time in 2019. The first of those was the display of top Tajik hair stylist Alan Volovikis, who discovered a new facet of talent and, more recently, also began to design clothes.

Baku public liked the dresses of predominantly black color, in which elements such as blending fabrics, lantern sleeves, pleated skirts, and fringe in the style of the musical “Chicago” were actively used.

Subliminal Aurora – this is the name given to a new collection of Turkish designer Guler Baysal, which covered the show’s second day.

The gothic mood was underlined by gorgeous evening dresses in the color of a dark moonless night. But, as if following the yin-yang principle, in the second part of the show, guests were presented with luxurious dresses of exceptionally white color.

The second day of the 9th season of Azerbaijan Fashion Week ended with a fun afterparty, held in Atelier Vivanda. 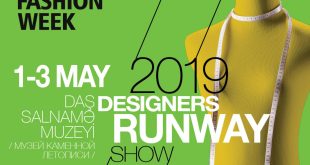 Fashion lovers to gather in capital for Azerbaijan Fashion Week