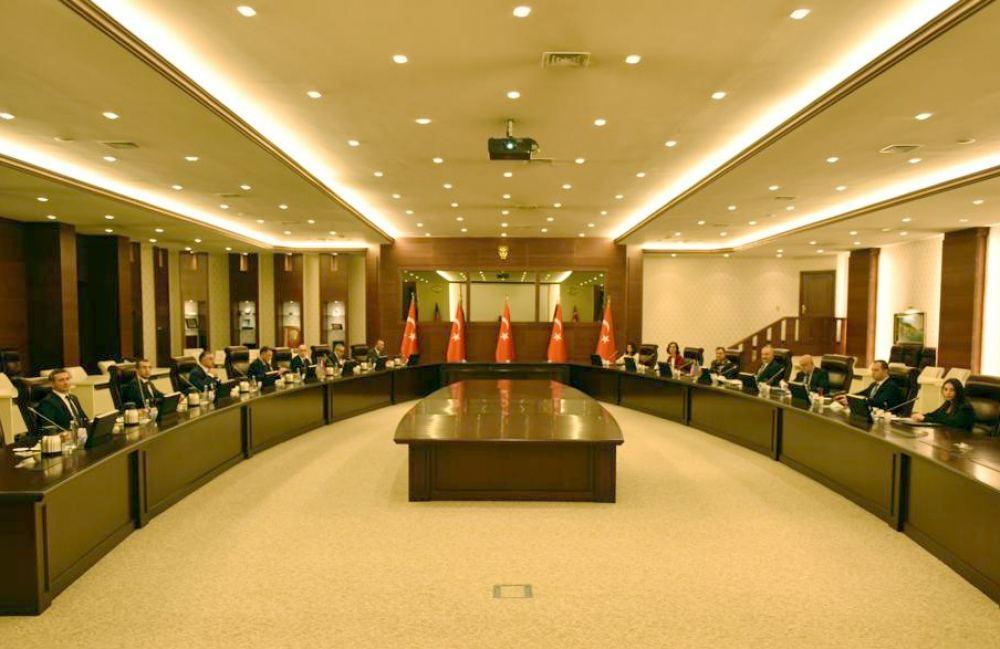 Secretary of the Security Council of Azerbaijan Ramil Usubov is on an official visit to Turkey’s Ankara at the invitation of his Turkish counterpart Seyfulla Hacimuftioglu, Trend reports.

The purpose of the visit is to develop cooperation between the relevant structures of the two countries in accordance with the provisions of the Shusha Declaration and to discuss topical issues of mutual interest.

At a meeting with his Turkish counterpart, Usubov noted with satisfaction the highest level of ties between the two fraternal and friendly countries, including in the political, economic, legal, and security spheres.

He stressed that these relations are aimed at strengthening peace in the region.

The Shusha Declaration on Allied Relations between the Republic of Azerbaijan and the Republic of Turkey was signed on June 15 this year by presidents of the countries Ilham Aliyev and Recep Tayyip Erdogan in Azerbaijan’s Shusha city liberated from Armenian occupation in the 2020 Second Karabakh War.

Secretary General of the Turkish National Security Council Seyfulla Hacimyuftioglu said that Turkey will continue to make efforts to expand ties between the brotherly countries and that this visit will contribute to improving joint activities in the security sphere.

The parties also exchanged views on other issues of mutual interest.

It is reported that the event also was attended by the Ambassador of Azerbaijan to Turkey Rashad Mammadov.

In addition, within the framework of the visit, Ramil Usubov held meetings with the head of the Turkish Defense Industry Department Ismail Demir, the Chief of the General Staff of the Turkish Armed Forces, Army General Yashar Guler, and the Minister of Internal Affairs Suleiman Soylu.