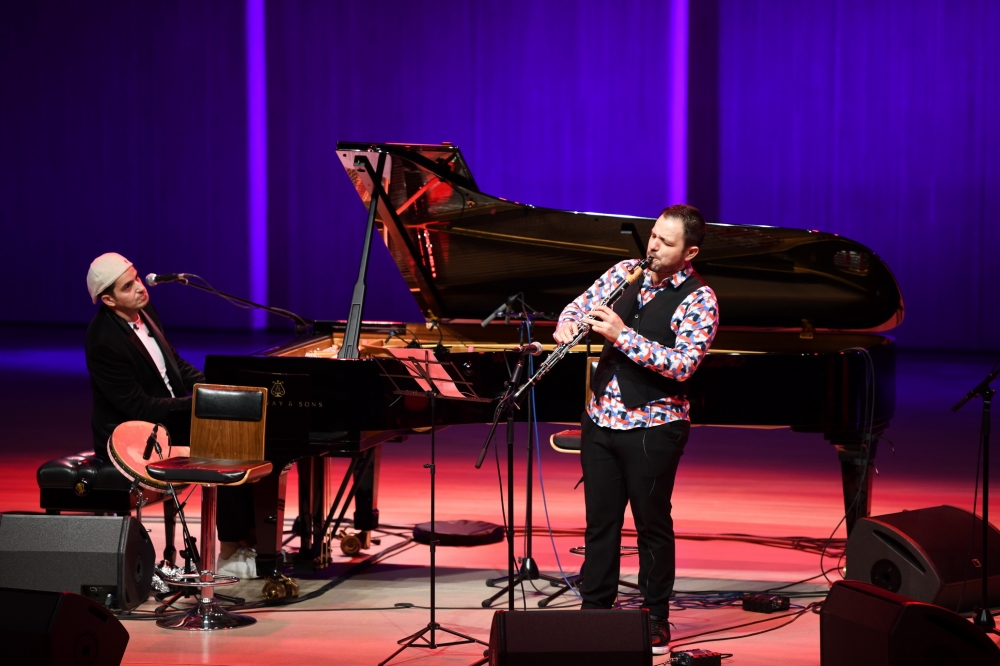 Famous pianist Ruslan Agababayev has performed with a concert program at the Heydar Aliyev Center.

As a talented pianist and composer, he shows promise not only in jazz but also classical music. He was born in Baku on March 17, 1976, into a family of doctors and musicians.

He then continued his education after moving to the US, at City College of New York, in the department of classical composition, under the tutelage of distinguished professor David Del Tredici, a famous composer in America, winner of the Pulitzer Award, who’s many musical compositions include a piece for the large mixed ensemble of Alice in Wonderland (Final Alice, 1976).

At the same time he studied jazz with the pianist Bruce Barth, Mike Hollober and the famous double bassist Ron Carter, and then moved on to the composition classes of David Loeb at New School University, where he received his Master`s degree.