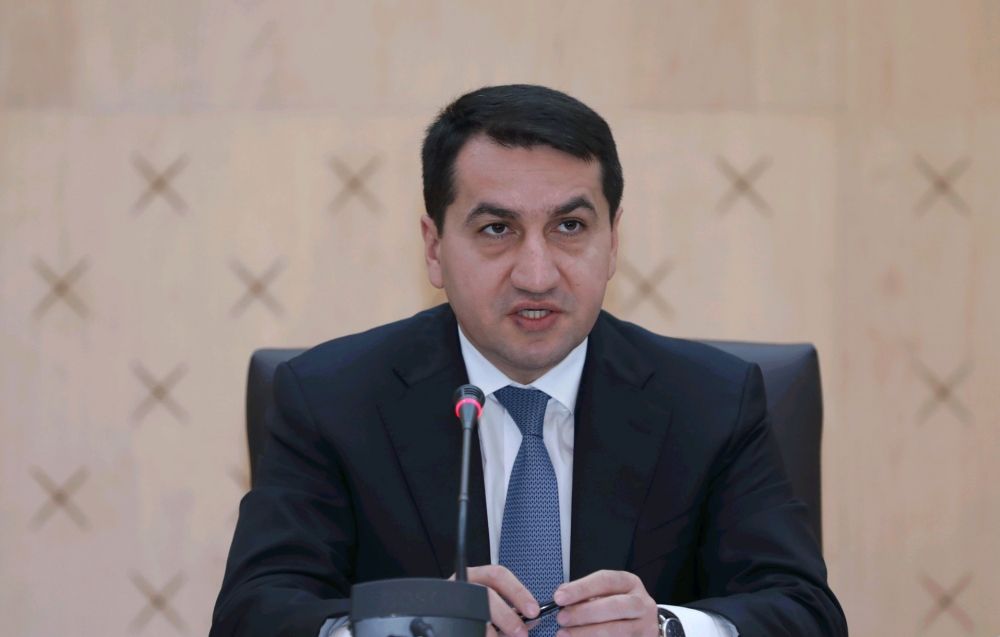 “The Armenian armed forces shelled positions of the Azerbaijani armed forces using artillery in the direction of Lachin district immediately after Armenian PM’s statement on Armenia’s complying humanitarian ceasefire regime at about 8:00 a.m. The civilian population of Tartar district and surrounding villages have been subjected to fire. Our positions in Gadabay, Tovuz and Dashkasan districts have been subjected fire from Berd, Chambarak and Vardenis districts of Armenia,” said Assistant to the Azerbaijani President, Head of Foreign Policy Affairs Department of the Presidential Administration Hikmat Hajiyev.

Previous Azerbaijani President: In the center of Baku, there is an Armenian church which has been restored by us and protected by our government, but our mosques on the occupied territories have been destroyed.
Next Iran ready to fire at Armenian Armed Forces if they approach its border with Azerbaijan