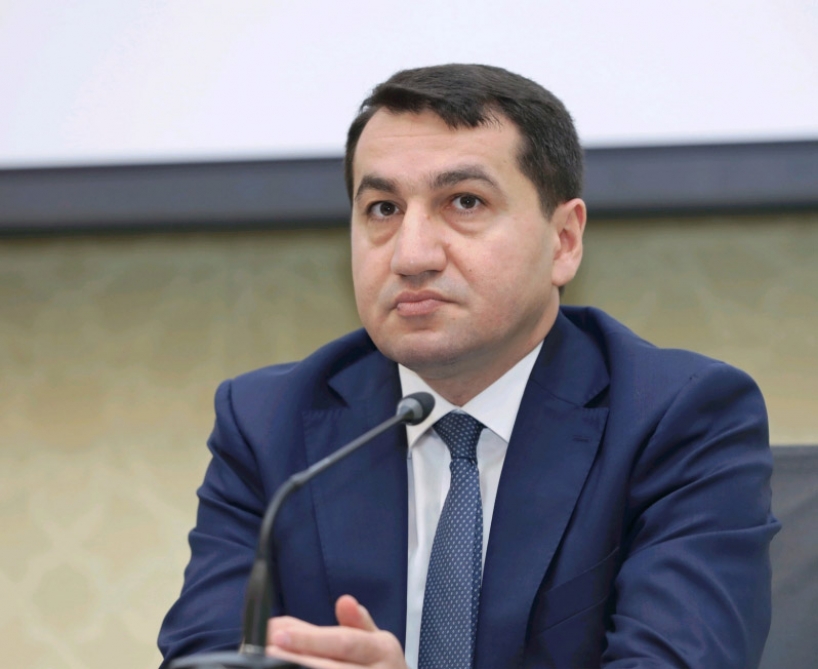 “Armenia continues to commit war crimes against Azerbaijani people in a gross violation of all conventions and laws,” Assistant to the President of Azerbaijan, Head of Foreign Policy Affairs Department of the Presidential Administration Hikmat Hajiyev has told a briefing held at ADA University in Baku.

“Armenia is still targeting the civilian population of Azerbaijan. Even Armenia is trying to expand the scope of the conflict by firing on Azerbaijani civilians from its territory. We stated yesterday that we were ready to return the bodies of Armenians killed in the war, but in response, the Armenian side continued its provocations and fired on our civilians again,” he added.