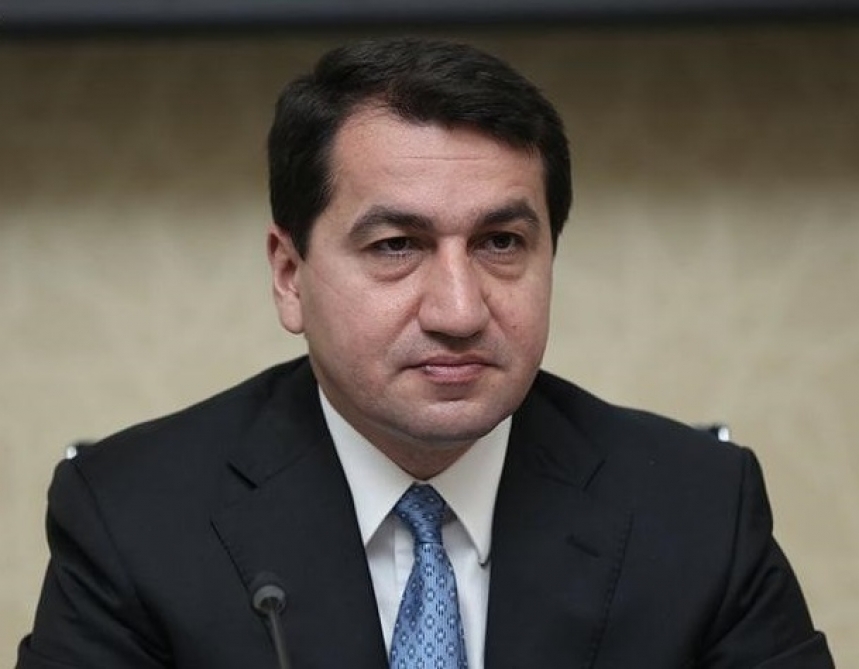 After a 25-year break, the UN Security Council held discussions on the Armenia-Azerbaijan conflict on September 29 and October 19, said Assistant to the President of Azerbaijan, Head of Foreign Policy Affairs Department of the Presidential Administration Hikmat Hajiyev.

Hikmat Hajiyev said: “We regret to say that despite the adoption of four UN Security Council resolutions 822, 853, 874 and 884 on the occupation of Azerbaijani territories in 1993, the UN Security Council held the last discussions on the Armenia-Azerbaijan conflict in 1995.

The UN Security Council resolutions condemn the use of force by Armenia against Azerbaijan, emphasize that Nagorno-Karabakh is an integral part of Azerbaijan and demand the unconditional and complete withdrawal of Armenian troops from all occupied territories of Azerbaijan.

On behalf of the president of the Security Council, a draft statement was prepared following the discussions on the Armenia-Azerbaijan conflict on October 19. The draft statement did not include references to the four resolutions of the UNSC. The project was developed mainly by the Russian Federation and France.

Non-permanent members of the UNSC and members of the Non-Aligned Movement Indonesia, Niger, Tunisia, Vietnam, South Africa, Saint Vincent and the Grenadines and the Dominican Republic have twice broken the silence procedure and insisted on including references to the UNSC resolutions in the statement. Thus, these states once again demonstrated their commitment to the UN Charter, norms and principles of international law, UNSC resolutions, Bandung principles and NAM documents.

Following the persistent and principled position of the Non-Aligned Movement member states, the draft statement was officially withdrawn.

President Ilham Aliyev expresses gratitude to Indonesia, Niger, Tunisia, Vietnam, South Africa, Saint Vincent and the Grenadines and the Dominican Republic for their fair and principled stance. The President notes that, as he stated in his speech at the 18th Summit in Baku in 2019 as chairman of the Non-Aligned Movement, he will continue to defend the interests of the member states, international law and justice in the UN and other international organizations.