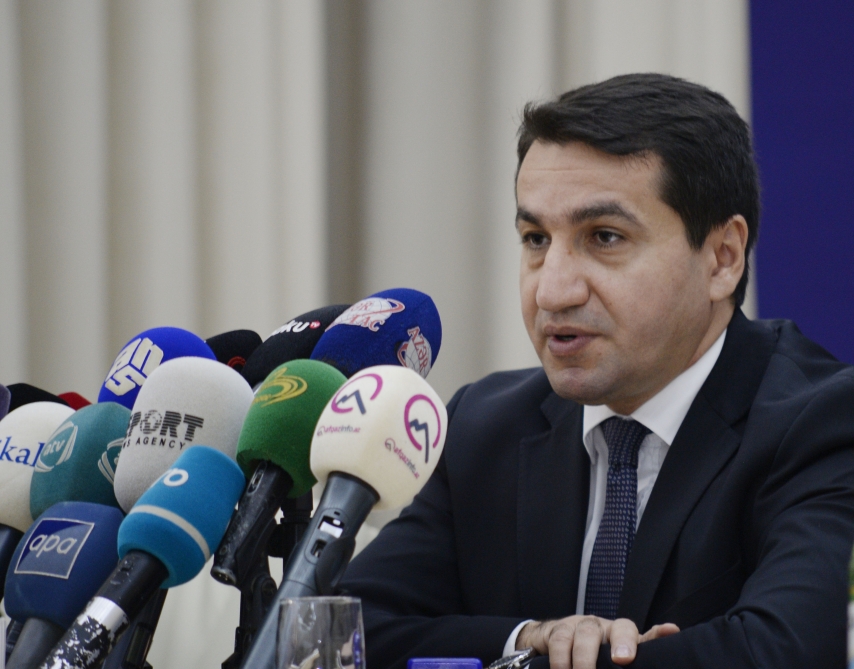 On the instruction of President of the Republic of Azerbaijan, victorious Commander-in-Chief Ilham Aliyev, we organized this visit to the cities of Barda and Tartar, Assistant to the Azerbaijani President, Head of Foreign Policy Affairs Department of the Presidential Administration Hikmat Hajiyev told a briefing in Barda.

Hajiyev thanked representatives of the diplomatic corps and military attaches who visited Barda and Tartar.

“Yesterday and the day before yesterday, Armenian armed forces intensively shelled Azerbaijan’s Barda district by using “Smerch” rockets and cluster bombs. As a result of these attacks, a great number of people were killed and injured. The city of Barda is located 60-70 kilometers far from the conflict zone. Armenia has only one goal by shelling Barda with prohibited missiles: slaughtering people and stir panic among people. They will not realize their goals in any way. The representatives of the diplomatic corps and military attaches saw determination of Barda residents,” Hikmat Hajiyev added.

Previous “Karabakh is the cradle of Azerbaijani culture”: Gutlu Musa Masoleum
Next Azerbaijan appeals to UNICEF regarding Armenia’s terror against Barda’s civilians