HOPING IN THE PRIVATE SECTOR

Azerbaijan has increased the state budget’s parameters for 2016, despite projected oil prices having decreased by half

The fall in global oil prices and the devaluation of the national currency give new urgency to the issue of the Azerbaijani government’s response to these new challenges. The administration ended up adjusting the budget to match new forecasts for oil prices – the cost of a barrel of “black gold” in the updated budget is 25 dollars, half of what it was in the initial version, while revenue and spending have, on the other hand, grown, but now with an emphasis on the non-petroleum sector.

“The Azerbaijani economy is faced with new challenges. They will, without a doubt, lead to a sharp decrease in currency receipts and in the surplus in the balance of payments. All of these factors are why it is necessary to make changes to the state budget,” said finance minister Samir Sarifov, explaining the situation.

According to Ziyad Samadzada, the chairman of the Parliamentary Committee on Economic Policy, Industry, and Business, the changes were made to state budget primarily to alleviate the tense economic situation after the fall in the manat’s exchange rate, as well as to carry out the state’s social programs. “The primary task is carrying out the budget’s social obligations – making sure that citizens are paid their salaries, pensions, welfare payments, and stipends in full and on time,” said the deputy.

However, since the manat is the unit being discussed, while the revenue accumulating in the State Oil Fund is largely in dollars, when one converts these figures into American currency, it turns out that the new changes in the state budget’s criteria will allow it to save one billion dollars of the State Oil Fund’s money.

Meanwhile, the government plans to receive into the state treasury practically just as much from the non-petroleum sector of the country’s economy – 45.2 per cent – as it does from direct transfers from the Republic of Azerbaijan State Oil Fund. “This is 12.1 per cent more than the figure in the approved state budget,” said Mr. Sarifov.

Here one more thing must be pointed out: in its outline of revenue the plan for the Ministry of Taxation has, naturally, grown – by 6.2 per cent. However, the revenue from taxes on the profits of oil and gas companies working in Azerbaijan as part of PSA (Production Sharing Agreement) contracts, is estimated at only 370 million manat, or 26 per cent less than initially forecasted. When compared with the actual figures, that is 55 per cent of the forecast for 2015! At the same time the government also reconsidered the forecast for tax payments into the state budget in 2016 by the SOCAR company: that forecast also showed a decrease – one of 3.9 per cent when compared with previous forecasts, and one of 13.7 per cent when compared with last year’s figures.

Essentially this is all a clear “statistical” embodiment of Azerbaijan’s having entered the post-petroleum era. Counting on the non-petroleum sector shows how serious the government is about developing the private sector and domestic production – without that, getting such a marked growth in revenue is impossible.

“Entrepreneurs are given subsidized loans, and other steps are being taken to develop business. Quite specific goals have been set, including some for particular raions of the country which are actively working on increasing the number of jobs. In addition, we are considering increasing the volume of subsidized loans to business and introducing very favourable conditions for entrepreneurs to get credit, etc. The number of inspections of businesses is decreasing, while transparency in business is increasing. All this, together with other measures, will stimulate the development of the business and investment climate in Azerbaijan,” pointed out Samadzada.

In turn Azerbaijan Chamber of Auditors chairman Vuqar Gulmammadov pointed out that the updated budget has grown by 220 million manat and that the volume of revenue for the State Customs Committee has grown to 1.8 billion manat. Revenue from other sources are a forecasted 75 million manat, which is 21 per cent higher than the approved forecast. He says the rise in revenue is due to the fact that foreign currency loans given out in years past have been recalculated according to the new exchange rate.

The necessity of re-examining the budget is also due to increased spending resulting from Azerbaijani President Ilham Aliyev’s order to increase wages, pensions, and welfare. “To do this the state budget must have funds that were not in its initial version. The sum we are talking about exceeds 1.2 billion manat,” said Sarifov, explaining the increased expenditures in the modified budget. Overall social spending makes up 37.8 per cent of all spending, which is 1.7 per cent more than initially planned.

“Despite the fact that lowered global oil prices have negatively affected the budget’s sources of revenue, there are no obstacles to carrying out social programmes. Quite the opposite – financing for those programmes has been increased,” emphasized parliamentary committee head Samadzada.

Spending has also increased because of payments on the foreign debt, which have increased after the manat’s exchange rate changed. That figure increased to a full 55.4 per cent over the approved forecasts, to 1.474 billion manat. “The country’s foreign currency spending has increased. This is due to foreign debt payments, financing of the activity of diplomatic offices abroad, investment projects (including construction work on the Southern Gas Corridor), the payment of membership dues to international organizations, and so on,” said Sarifov.

The most important cut in the state budget’s spending was to state capital investments – they were cut by 15.6 per cent, down to 3 billion manat, with their share consequently decreasing from 21.9 per cent to 16.2 per cent. In theory there were repeated warnings about this as far back as late 2015, in light of the need to use state funds effectively.

In Samadzada’s opinion, this 2016 budget is “the optimal one in light of the global economic disturbances.” As for its implementation, the deputies and the administration are rather optimistic, since they are sure that the price of oil will not go below 25 dollars. In regard to another pressure on the budget – devaluation – the head of the Central Bank of Azerbaijan recently made a rather optimistic statement, promising that the Central Bank of Azerbaijan will keep the problem of a “free-floating” national currency under control. In addition, the chairman of the Chamber of Auditors, Vuqar Gulmammadov, announced that the actual deficit of the state budget for 2016 might be less than projected if the state is able to get the maximum use of its potential, improve tax and customs administration, etc. In his words, the state budget must be implemented with greater transparency and purpose.

“In the end it is essential to guarantee the effectiveness of state budget spending, which is the primary driving force for growth in GDP and the economy,” he said.

It should be said that along with the state budget parliamentarians also approved new parameters for the State Social Security Fund, which also increased by 7.4 per cent in both spending and revenue. They hope to cover increased spending on working pensions and social security payments by increasing deductions for state social security insurance by 4.2 per cent (betting on development in the private sector), and by the traditional transfers from the state budget – they have already had to request 13.3 per cent more than was planned previously. According to the fund’s head, Elman Mehdiyev, the revised budget will make it possible to increase the financial stability of Azerbaijan’s pension system.

As pointed out above, both documents give special emphasis to increased revenue from the private sector, with a focus on non-petroleum-related sectors of the economy. Therefore the steps taken to prevent interference in the affairs of businessmen and a series of orders to stimulate the development of industrial potential in various areas of the economy should all come together in real profit for the state treasury as early as this year.

Previous “WHITE GOLD”: THE COST OF THE ISSUE
Next FOCUS ON REAL PROPERTY 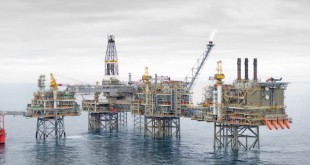