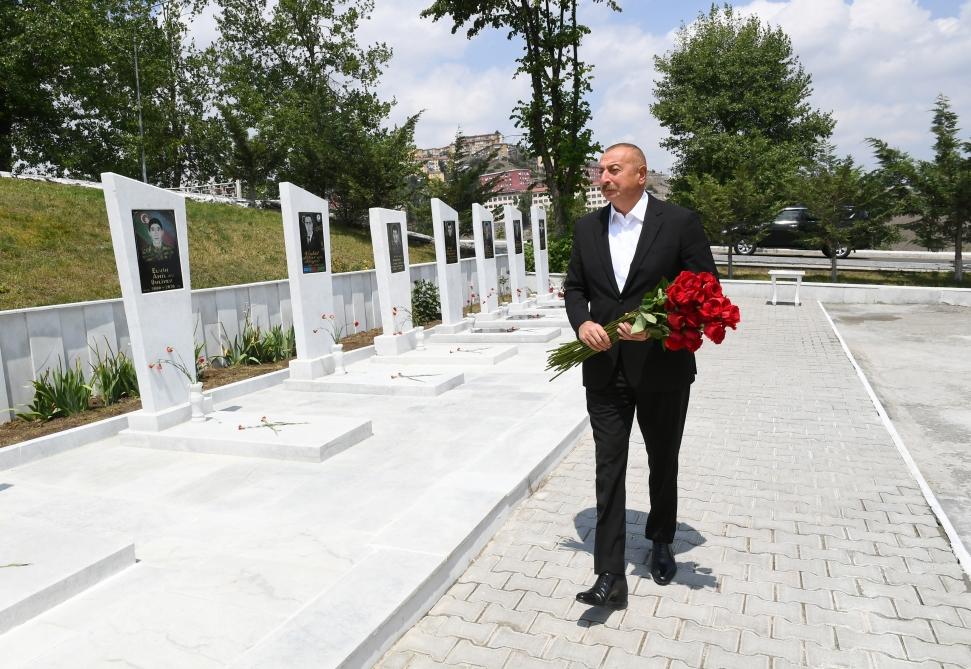 President Ilham Aliyev is on a visit in Azerbaijan’s Dashkasan city, Azertag reported on July 22.

The head of state also laid flowers at a statue of national leader Heydar Aliyev in the city of Dashkasan.

As part of the visit, Aliyev also familiarized himself with Chovdar Integrated Regional Processing Area of AzerGold CJSC. He was given information about work in AzerGold’s gold mine in Dashkasan.

Later, Aliyev familiarized himself with the project on reconstruction of drinking water supply and sewerage systems in Dashksan city.

story will be updated