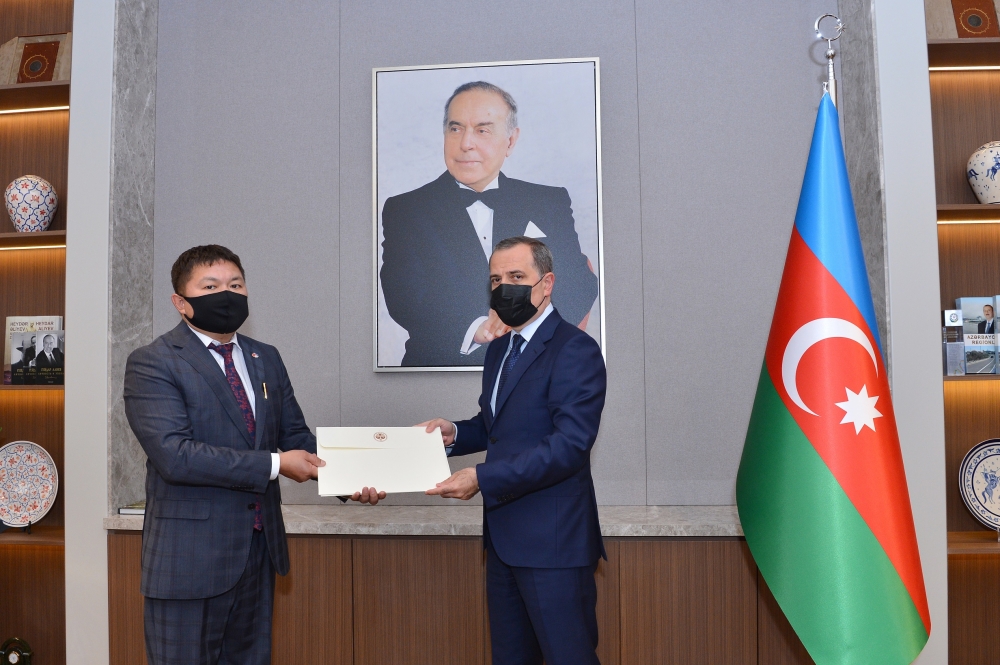 Azerbaijan`s Minister of Foreign Affairs Jeyhun Bayramov has met with the newly appointed Ambassador of the Kyrgyz Republic to the country Kairat Osmonaliyev. Accepting a copy of the ambassador’s credentials, the FM congratulated him on his appointment.

Speaking about the centuries-old friendly relations between the two countries based on ethnic, cultural and religious ties, Minister Jeyhun Bayramov stressed the prospects for the development of these relations. It was highlighted that, at present, there is a mutual understanding between Azerbaijan and Kyrgyzstan at all levels. The minister also hailed the development of cooperation between the two countries on multilateral platforms.

Ambassador Kairat Osmonaliyev noted that despite him being newly appointed, he is informed about Azerbaijan and said that he would do his best to further strengthen relations between the two countries. The ambassador conveyed the cordial greetings of Minister of Foreign Affairs of Kyrgyzstan Ruslan Kazakbaev to Minister Jeyhun Bayramov and said that Minister Kazakbaev invited his Azerbaijani counterpart to pay an official visit to Kyrgyzstan.

During the meeting, the sides exchanged views on various aspects of the bilateral cooperation agenda, including the strengthening of cooperation in political, economic, humanitarian, cultural spheres and the implementation of joint projects, as well as regional security issues of mutual interest.

The FM wished Ambassador Kairat Osmonaliyev success in his future activities in Azerbaijan.