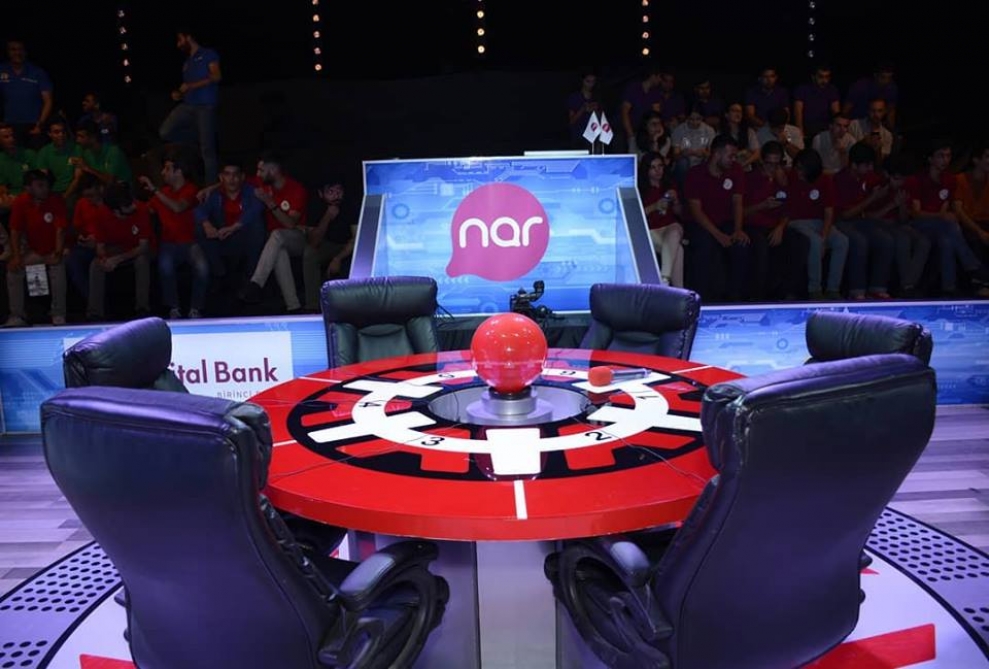 The 13th season of “Brain Ring” intellectual games continues with support of Nar, known for attaching a special importance to promotion of education, science and enlightenment. The names of teams which will compete for the cup are already known. These teams are “Ganja”, “Nar” and “Kapital”.

A total of 34 teams representing 17 regions and 11 higher educational establishments of the country take part in the 13th season of “Brain Ring” knowledge competition, started this March. The teams are competing for the Nar Cup, which was established by the main sponsor of the games – Nar. Winner of the Nar Cup will be announced in June.

The games are aired every Sunday at 20:00 on Ictimai TV channel. In addition to an opportunity to watch the intellectual games, “Brain Ring” fans also have a chance to win gifts from Nar. Thus, those viewers who become first to send the correct answers to questions at the Facebook account of Nar during the broadcast of the games, are awarded with special gifts. Winners of May and June are Israfil Ahmadov, Mikayil Mikayilli, Ahmad Kamalov, Uzeyir Mehrali and Vugar Shirinzadeh.

By supporting various knowledge competitions and intellectual games, aimed at motivating the youth, Nar strives to increase the interest towards the science, education and knowledge among the younger generation.