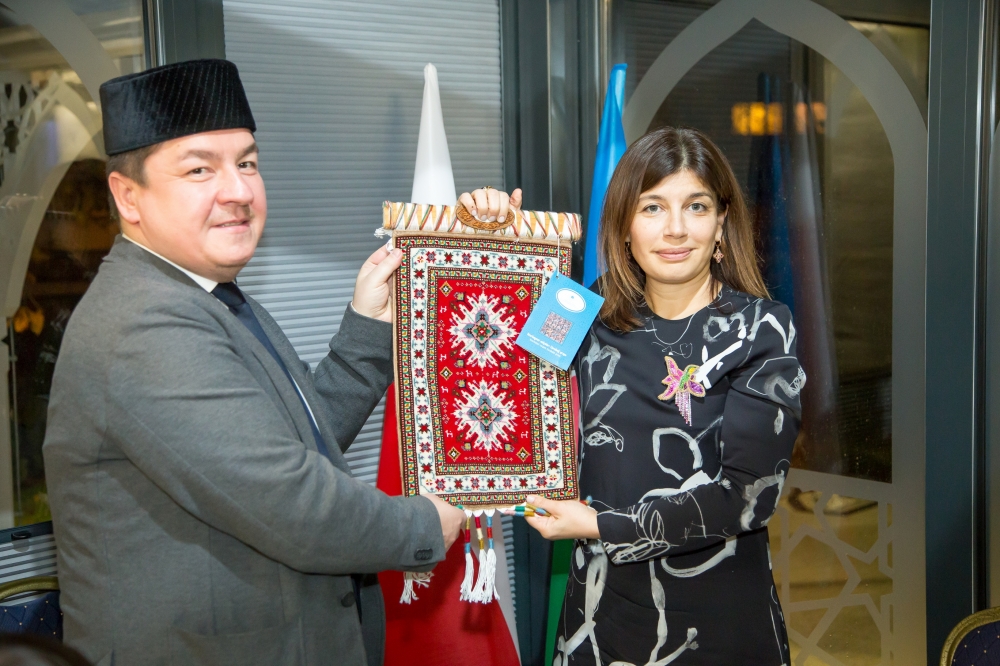 President of the International Turkic Culture and Heritage Foundation Gunay Afandiyeva`s visit to Poland continues. The President of the Foundation visited the Polish city of Bialystok, densely populated by Tatars, as well as the villages Sokoliki and Bohoniki.

During the visit, Gunay Afandiyeva met with Mufti of Poland Tomasz Mickiewicz, Mayor of Bialystok Tadeusz Truskolaski, Chairman of the local parliament of Sokoliki Piotr Karol Buivitsky. Issues related to the promotion of the rich heritage of national minorities of Turkic origin – Tatars, who have lived in Poland for more than six centuries and retained their national identity, as well as the protection of their culture and history were discussed at the meetings. Gunay Afandiyeva noted that the preservation and transfer of old centuries cultural values of the Turkic peoples to future generations is a priority area of the International Turkic Culture and Heritage Foundation. Azerbaijan`s Ambassador to Poland Nargiz Gurbanova took part in the meetings.

Gunay Afandiyeva also visited a Tatar mosque and cemetery in Bialystok. The President of the Foundation, who got acquainted with the regional museum of Tatars located in Sokoliki, was provided with information about their history and traditions.

In conclusion, representatives of the Tatar community presented a concert program. They performed Tatar songs and demonstrated national dances.