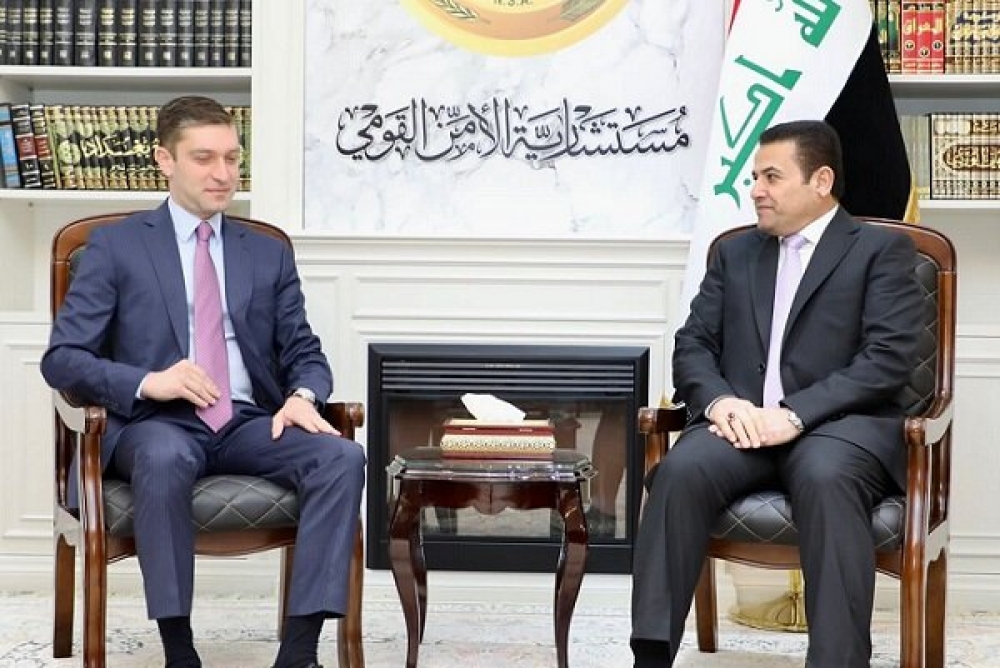 Chargé d’affaires of the Azerbaijani Embassy in Iraq Nasir Mammadov has met with the country’s National Security Advisor Qassim Al-Araji.

During the meeting, the sides discussed prospects for development of bilateral relations between the two countries. They emphasized the importance of development of cooperation in the sphere of security.

On behalf of the Iraqi government, Qassim Al-Araji thanked Azerbaijan for repatriation of families, whose children joined the terrorist groups, to the country.