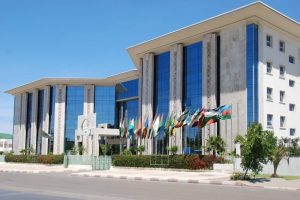 The Islamic Educational, Scientific and Cultural Organization (ISESCO), proclaimed 2019 year of heritage in the Islamic world in application of the resolution of the Tenth Islamic Conference of Culture Ministers, according to the official website of ISESCO.

In a statement released on the occasion, ISESCO invited member states to take the necessary measures to celebrate this great event and underscored importance of the civilization and cultural heritage, in all its tangible and intangible manifestations in preserving the collective memory and safeguarding the identity of peoples and nations. It also highlighted the urgent need for the protection, preservation and ensuring the sustainability of the heritage within a comprehensive and integrated vision and on the basis of a participatory and collective will.

In its statement, ISESCO recalled the long history of the Islamic world and the distinction of its diverse and rich civilizational and cultural heritage that flows from its openness and mutual influence with the multiple-source human cultures; the creative contributions of intellectuals, scientists, writers, poets, artists, architects and craftsmen, and far-reaching influence of heritage schools and scientific and cultural institutions, stressing that the civilizational and cultural heritage in the Islamic world, both tangible and intangible, is a key symbol of the Islamic civilizational identity and an open space to showcase its cultural diversity and an inexhaustible source of inspiration for creativity and innovation.

Furthermore, ISESCO reaffirmed the need for supporting its Islamic World Heritage Committee, stepping up efforts to preserve this cultural heritage and give it further attention in the cultural and heritage plans in such a way as to highlight its diversity and the richness of its esthetic, cultural and civilizational characteristics in their Islamic and human dimensions; publicize its historical landmarks, archeological sites, prominent architectural buildings, artistic masterpieces, manuscripts, minted coins, intangible manifestations of its components, living human treasures, and civilizational symbols and figures. It also called for inscribing a greater number of its archeological sites and intangible aspects on the World Heritage List and on the Islamic World Heritage List, organizing heritage public open doors’ days; providing the necessary restoration, maintenance, protection and documentation for its sustainability under all circumstances and areas especially in areas of conflicts and wars or in areas targeted by extremism, sectarianism and terrorism.

ISESCO also urged Muslim countries to provide more training to professionals working in the fields of tangible and intangible cultural heritage; and hone their professional, technical and scientific skills, based on ICT and mechanisms of collective and participatory management. It also called for promoting cooperation and coordination in this regard between national institutions and specialized international and regional committees and organizations, while commending Member States’ efforts in this field, foremost among them being the Kingdom of Morocco whose monarch, King Mohammed VI, chairs Al-Quds Committee, and the Hashemite Kingdom of Jordan through its Hashemite Custodianship of Al-Quds Al-Sharif’s Muslim and Christian Holy Sites and Endowments.

Furthermore, the Organization denounced the vandalism and destruction of many historical buildings and landmarks in a number of Member States, as a result of conflicts and wars fueled by extremist thought, sectarianism and terrorism; and the looting, smuggling, illicit trafficking of artifacts and heritage landmarks. In this connection, ISESCO called for taking the necessary measures to address this issue and use for guidance the contents of the “Manama Process for the Activation of joint Islamic Action to Counter Extremism, Sectarianism and Terrorism” and the “Bahrain Declaration on Safeguarding Human Heritage and Countering Extremism” adopted by the Extraordinary Session of the Islamic Conference of Culture.