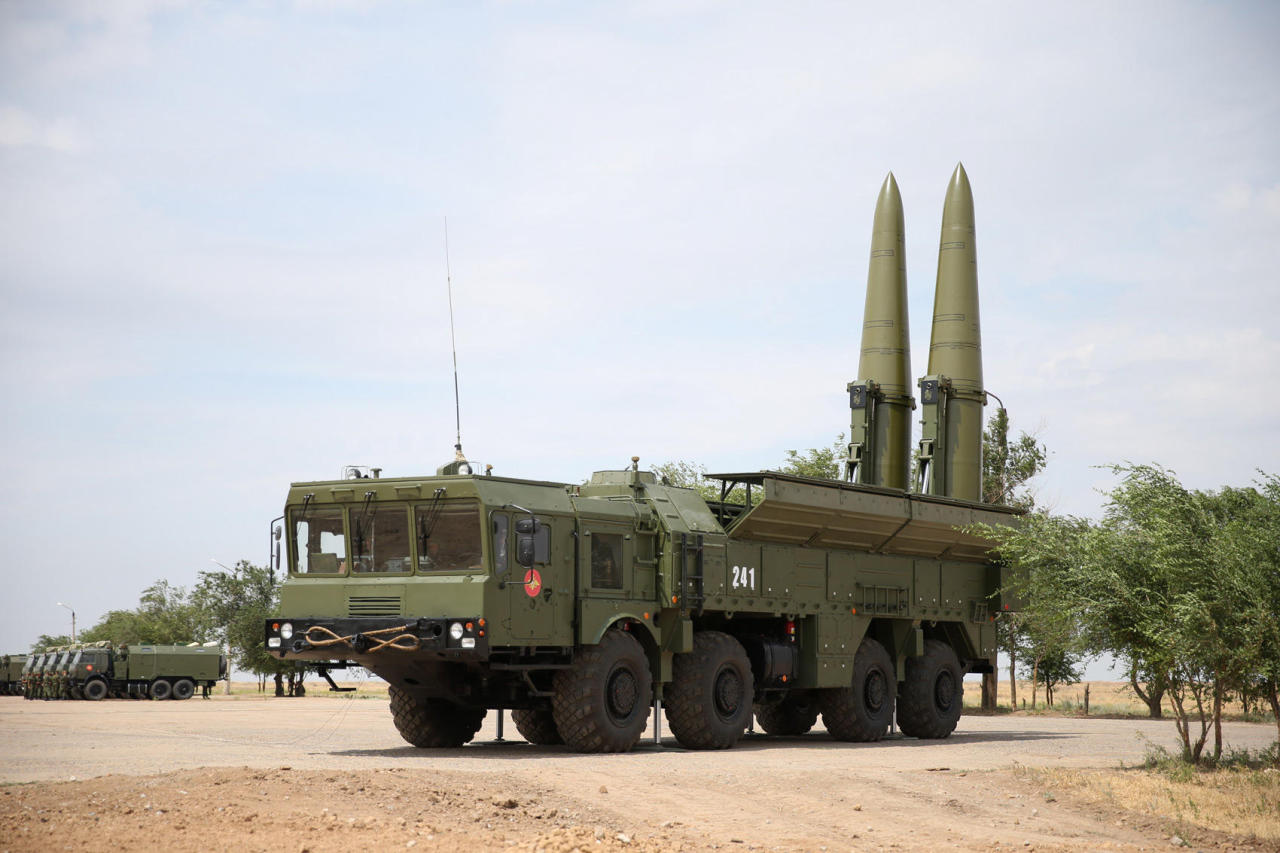 The discovery of fragments of ‘Iskander-M’ missiles, fired from Armenia’s territory at Azerbaijan’s Shusha, by Azerbaijan’s Mine Action Agency is an indisputable fact, Azerbaijani political expert Elchin Mirzabayli told Trend.

According to Mirzabayli, the manufacturing country is responsible for the use of the ‘Iskander-M’ missile system, having a big destructive power, against Azerbaijan during military operations carried out by it to liberate its lands from the Armenian occupation.

The Russian side has repeatedly stated that the missile system is intended only for use by the Russian Armed Forces and its sale or transfer to any country is impossible, reminded the expert.

“The ‘Iskander-M’ system has a range of more than 500 kilometers, which contradicts Russia’s international obligations,” Mirzabeyli noted.

“At the same time, there are many other weapons used by Armenia to damage the civilian population, infrastructure, flora and fauna of Azerbaijan, as well as Russian-made weapons, which contradict the Convention on Cluster Munitions, the Convention on the Prohibition of Military or Any Other Hostile Use of Means of Influencing the natural environment as well as the principles of international humanitarian law, which entails international responsibility,” he said.

“Despite Russian side’s denial of selling or transferring ‘Iskander-M’ missiles to Armenia, the country’s use of this destructive weapon against Azerbaijan is a fact,” Mirzabayli said. “Thus, the use of ‘Iskander-M’ by the armed formations in Armenia and in the previously occupied Azerbaijani territories confirms that these missile systems were illegally delivered to Armenia by criminal groups engaged in the arms trade. Either Russia is holding back the truth about the sale of ‘Iskander-M’ missiles to Armenia, or its leadership has not been informed about it. Anyway, the fact must be seriously investigated.”

“If the ‘Iskander-M’ missiles were illegally sold or delivered to Armenia, then these weapons could fall into the hands of international terrorist organizations and other criminal groups,” he added. “This fact should also be seen as a global threat to peace and security and needs to be discussed and investigated at the international level. Otherwise, no country is safe from becoming the target of any separatist or terrorist group.”

Shusha had been liberated by Azerbaijani army from the Armenian occupation during the 44-day war (from late Sept. through early Nov.2020).