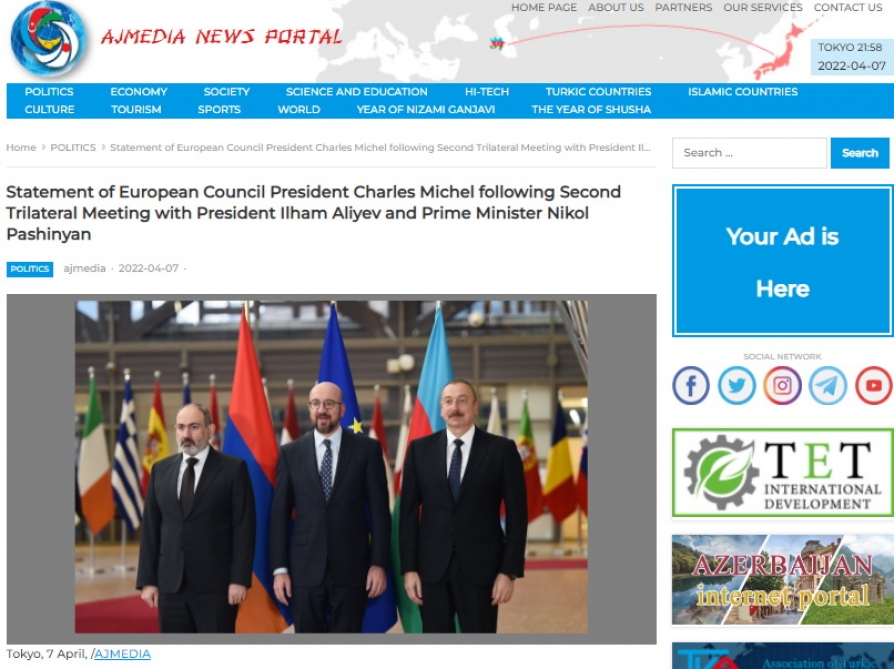 The Japanese ajmedia.jp news portal has widely covered Azerbaijani President Ilham Aliyev`s meeting with President of the European Council Charles Michel and Prime Minister of Armenia Nikol Pashinyan in Brussels and its results.

The articles also highlighted the statement of European Council President Charles Michel following the second trilateral meeting with the Azerbaijani President and Armenian Prime Minister. “As a result of the meeting it was agreed to instruct Ministers of Foreign Affairs of both countries to work on the preparation of a future peace treaty, which would address all necessary issues,” the articles emphasized.

“The delimitation and demarcation of their bilateral border will be essential; to this end, in line with the Sochi Statement of 26 November 2021, it was also agreed to convene a Joint Border Commission by the end of April, whose mandate will be to delimit the bilateral border between Armenia and Azerbaijan, and ensure a stable security situation along, and in the vicinity of, the borderline,” the news portal noted. 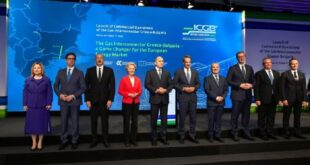