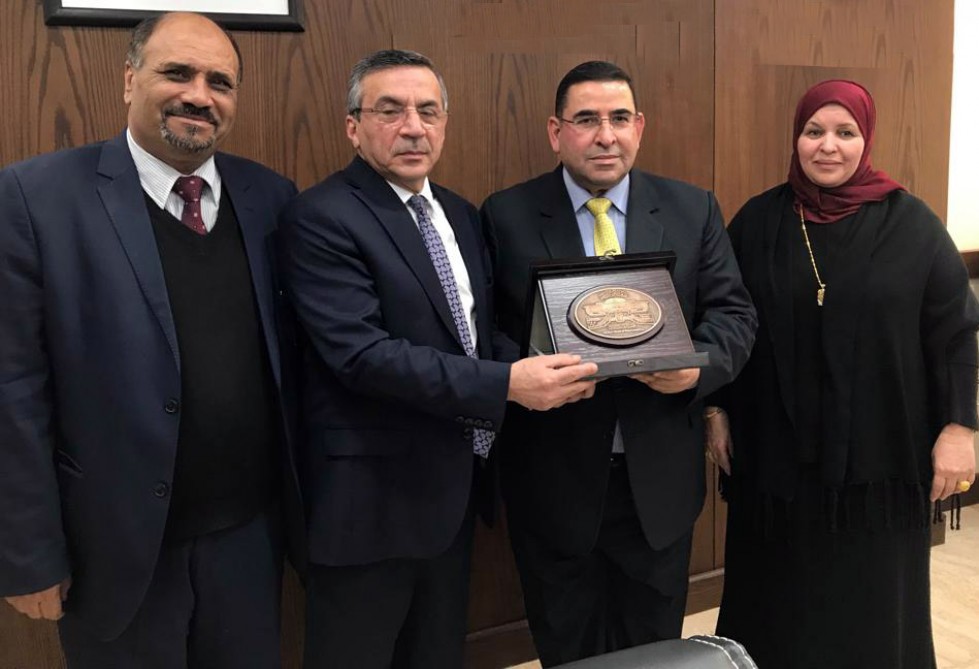 Azerbaijan’s ambassador to the Kingdom of Jordan Rasim Rzayev met with Nidal Mahmoud Ahmed Al-Ta’ani, chairman of the foreign relations committee of House of Representatives of Jordan Parliament.

Nidal Mahmoud Ahmed Al-Ta’ani stressed the historically friendly and cooperation ties between the two countries, noted the close and fraternal relations between the heads of state that promote these links. He, in particular, noted the importance of signed documents on cooperation in versatile fields, including in economy, trade, investments and tourism.

As was stated, the two counties also effectively cooperate within international organizations for the interests of both peoples. This field is of particular significance for both states.

The sides focused on a number of political issues, other regional socio-economic problems, stressing importance of intensifying tourism and inter-parliamentary ties between the two countries in the years to come.