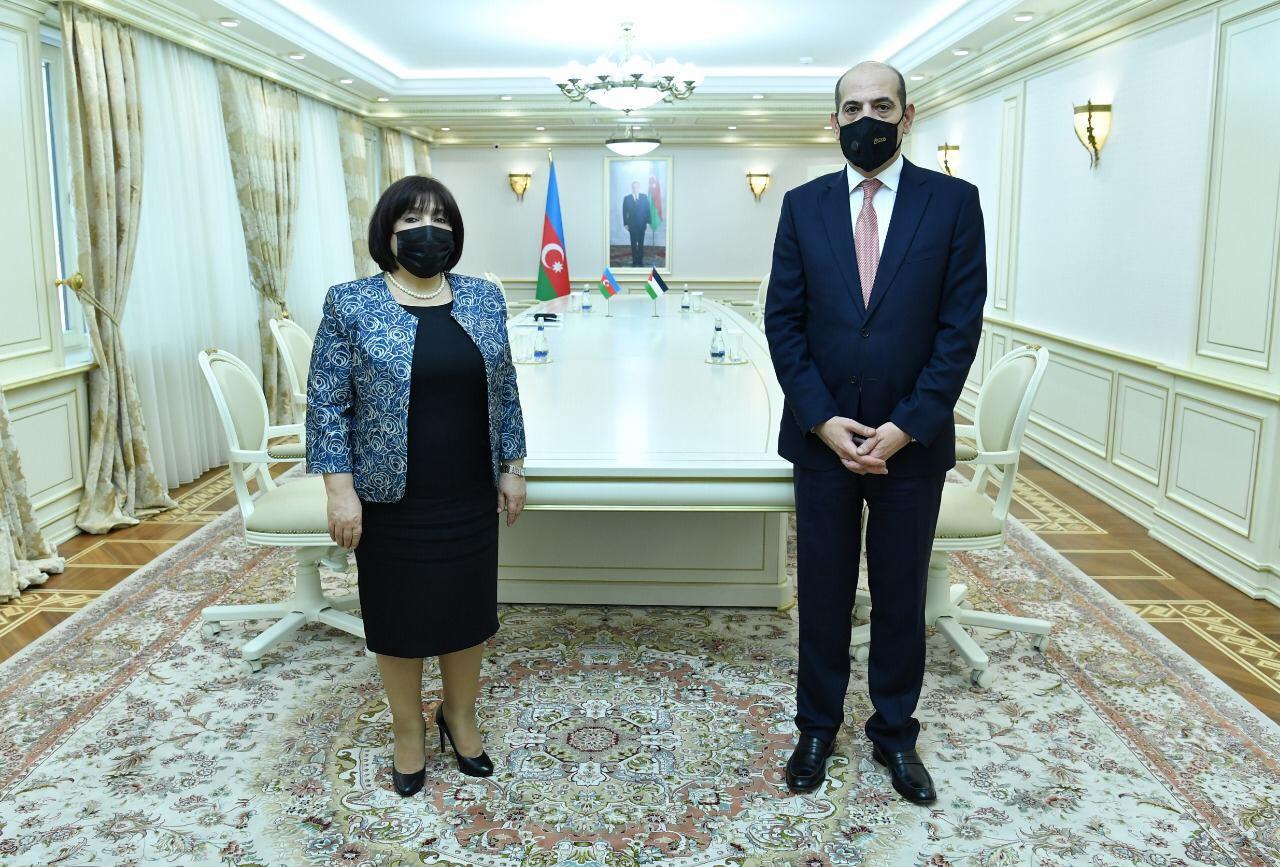 Jordan is interested in expanding relations with Azerbaijan, with which the country has common religious, cultural and spiritual values, Jordanian ambassador to Azerbaijan Sami Abdullah Ghosheh said.

Ghosheh made the remark during a meeting with Chairperson of the Azerbaijani parliament Sahiba Gafarova, Trend reports on Jan. 29.

“Fraternal relations between the leaders of both countries create a solid foundation for the further development of our cooperation,” Ghosheh said. “Our relations in the political, economic and cultural spheres are developing well.”

The ambassador said that the role of the parliaments of both countries in intensifying bilateral cooperation is great.

Providing detailed information on the formation and activity of the Jordanian parliament, Ghosheh spoke about the importance of the visits of delegations and regular contacts between the MPs of the two countries.

The ambassador stressed that the Jordanian people have a special attitude towards Azerbaijan and Jordan intends to further intensify the relations with Azerbaijan.

During the conversation, the parties exchanged views on the current state of inter-parliamentary relations, prospects for further development and other issues of mutual interest.