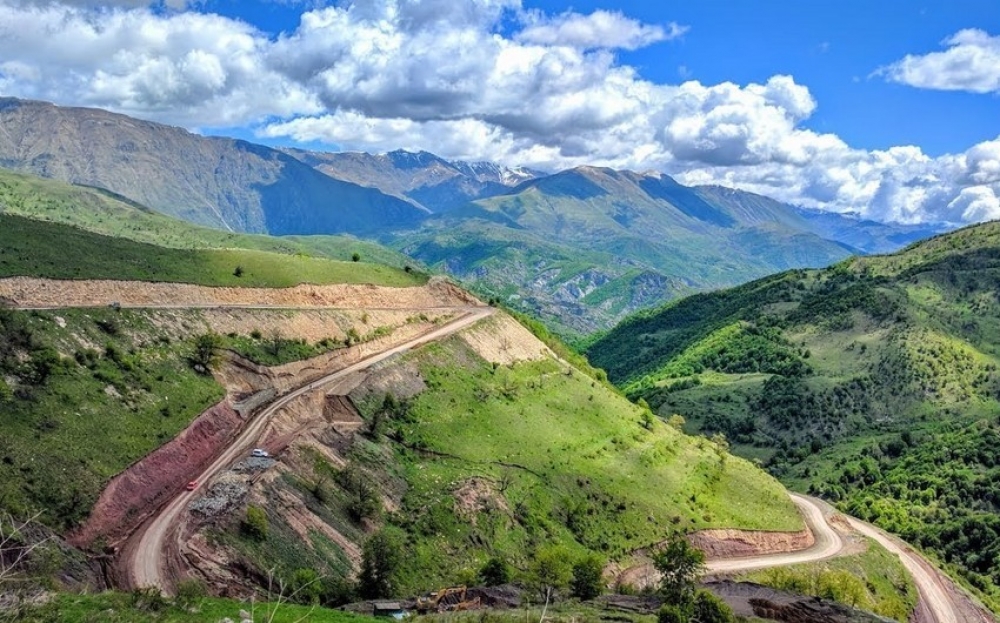 AZERTAC presents an article by the Center for Analysis of Economic Reforms and Communication of Azerbaijan.

The Kalbajar region have reserves of minerals of industrial significance. Among them are exploited gold deposits, mercury deposits with more than 200 tons of commercial reserves, a tuff deposit suitable for the production of sawn stone, a clay deposit suitable for the production of bricks, a perlite deposit used as a lightweight concrete filler, a facing stone deposit, a deposit of sand and gravel mixture, 4 deposits of marble onyx (with reserves of 801 tons), distinguished by its decorative beauty, 1 deposit of obsidian, and 1 deposit of listwanite. The commercial reserves of Levchay deposit of mercury, located in the ore zone of Kalbajar, are registered in the state balance. Mercury reserves in other deposits of the region have exhausted due to exploitation.

Mining of metals, especially precious ones, plays an important role in the industrial sphere of the non-oil sector of the country’s economy. Gold deposits in Kalbajar will contribute to a new speed of development in this area. The commissioning of new gold deposits in the country will become a positive trend for Azerbaijan, especially if taking into account the future production of the “yellow metal” and the rise in gold prices in the world market. The process of turning gold into a reliable financial asset takes place during a period of political instability in the world or against the backdrop of a global economic crisis. In recent years, governments of the world, reducing the share of dollar assets in foreign exchange reserves, have been rapidly increasing the share of gold. Gold exports, considered one of the three leading products in the non-oil sector, will be increased after the efficient use of the potential of the Zangilan and Kalbajar regions.

Beautiful nature, favorable relief, and rich mineral waters, which will contribute to the development of the tourism sector of Kalbajar, are of great importance for the country’s economy. There are deposits of mineral waters with a great healing effect, such as Yukhari Istisu, Ashaghi Istisu. Also, lakes Alagoller, Garagol, Zalkha gol and others, as well as Gamishdaghi (3724 m) and Delidagh (3616 m) heights are located in the Kalbajar region. Mineral waters of Istisu, located on the territory of the Kalbajar region, are distinguished by their favorable gas and chemical composition, high temperature, and large natural reserves. The waters of this spring treat both external and internal diseases. In the 80s of the last century, a large resort and a mineral water bottling plant functioned at the Istisu spring. This plant produced 800 thousand liters of water per day. In the village of Istisu, Kalbajar region, there were sanatoriums that annually received more than 50 thousand people undergoing treatment or having a rest. Restoring the work of the sanatoriums will increase tourist interest in these places.

The cattle farming and land cultivation are main developed spheres of the agriculture. The relief and climate play an important role in the formation of the land cover, and the relief of the Kalbajar region is more favorable for the development of cattle farming. Mountain meadows used as summer pastures occupy large areas. Basically, soddy mountain meadow and brown mountain forest soils are widespread there. Climatic conditions in the middle mountains and at the foot of the mountains allow developing non-irrigated land cultivation, horticulture, viticulture, as well as vegetable and tobacco growing. In high-mountainous territories, climatic conditions and mountain-meadow areas are favorable for using these territories as pastures. Also, Kalbajar region has forest areas of about 30 thousand hectares.