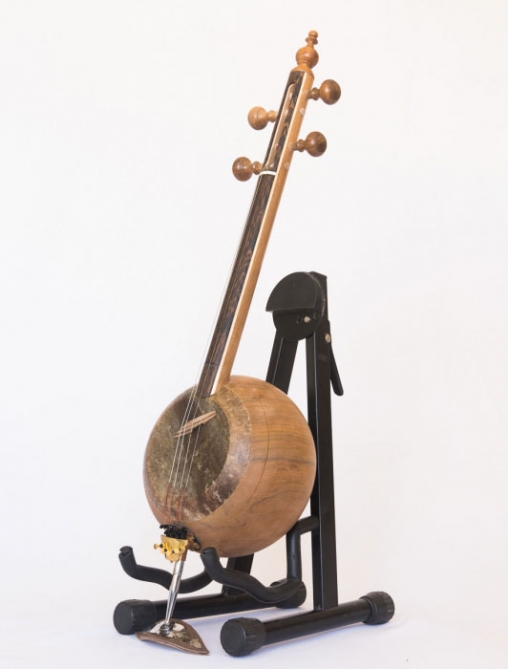 The poem of “Khosrow and Shirin” by great Azerbaijani poet and thinker Nizami Ganjavi contains the following lines: “The bow, like Moses, groans and glows; the musician silently hears out the singer.” These lines refer to the musical instrument kamancha. By the end of the 1st millennium, the bowed stringed instrument was popular not only in Iran and Azerbaijan whence it originated, but also in many other countries of Asia, as well as of Africa.

The gentle sound of kamancha naturally blended with the overall tune, echoing and supporting the singer’s voice, at times even leading the way in the entire ensemble.

Experts refer to kamancha as the most “melodious” Azerbaijani folk instrument. In terms of its melismatic style, flexibility, dynamics and features, kamancha is on par with the musical instrument tar and even surpasses it in terms of cantilena. Since kamancha often emulates the sound of tar in ensembles, it was nicknamed “the tar’s interlocutor”.

Kamancha traditionally had three or four strings. This is the way it was described by German explorer Engelbert Kaempfer, who visited Azerbaijan at the end of the 17th century. Kaempfer also emphasized the beautiful tone quality of kamancha. However, a five-stringed kamancha is also stored in the National Museum of History of Azerbaijan, though it was made as late as in the 19th century. References have also been made for a six-stringed kamancha.

Today the kamancha is often decorated with bone and mother-of-pearl. The stretcher placed obliquely on it helps to make the wires sound correctly and smoothly. Masters use metal wires. Its total length is 700 mm, the height of the bowl is 175 mm, and its width is 195 mm.

Craftsmen make the kamancha from the mulberry or walnut tree. The bowl is rounded, with a fretless arm, with a membrane made of fish skin or livestock liver. A pivot is affixed to the lower end of the arm. This pivot passes through the whole body and extends beyond as a foot to serve as the base of the instrument.

Kamancha typically accompanied mugham performances. It is currently part of some folk orchestras as well. The art of playing kamancha has been included in the works of numerous composers. Uzeyir Hajibeyli, the founder of Azerbaijani professional music, considered kamancha the most melodic musical instrument. Suleyman Alasgarov, the founder of the Shusha branch of the Azerbaijan State Conservatoire (presently the Baku Academy of Music), often introduced kamancha parts into his pieces.

In 2017, the art of crafting and playing kamancha was included in UNESCO Representative List of the Intangible Cultural Heritage of Humanity at the initiative of Azerbaijan and Iran.